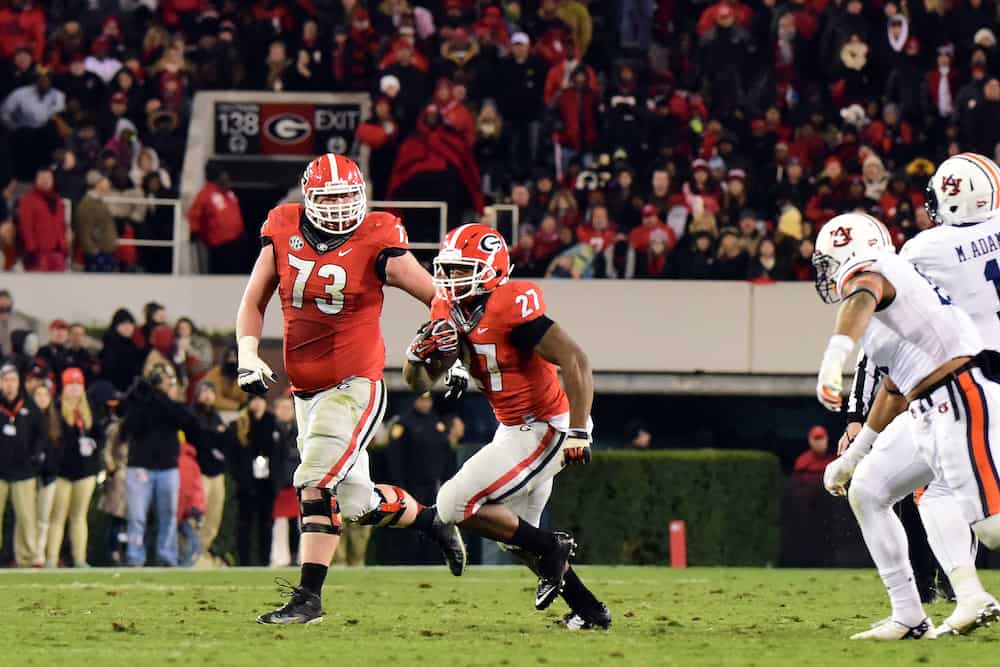 After being placed on a six-day option on Monday when the conference announced the television schedule for November 12, the game-time and television network for Georgia’s game against Auburn has been released via Twitter.

After Georgia’s 27-24 narrow victory over Kentucky, the Bulldogs are slated to play the Tigers at 3:30p.m. at Sanford Stadium, and the game will be televised on CBS.

Saturday’s showing on CBS will be Georgia’s third of the season, and the Bulldogs are 0-2 when their games have been broadcasted on the network this season, with losses to Tennessee and Florida. The Auburn-Georgia matchup is the latter half of the CBS doubleheader, following the network’s noon showing of South Carolina at Florida.

Saturday’s showdown will serve as the 117th edition of the Deep South’s Oldest Rivalry, and Georgia leads the series by a 56-55-8 tally.