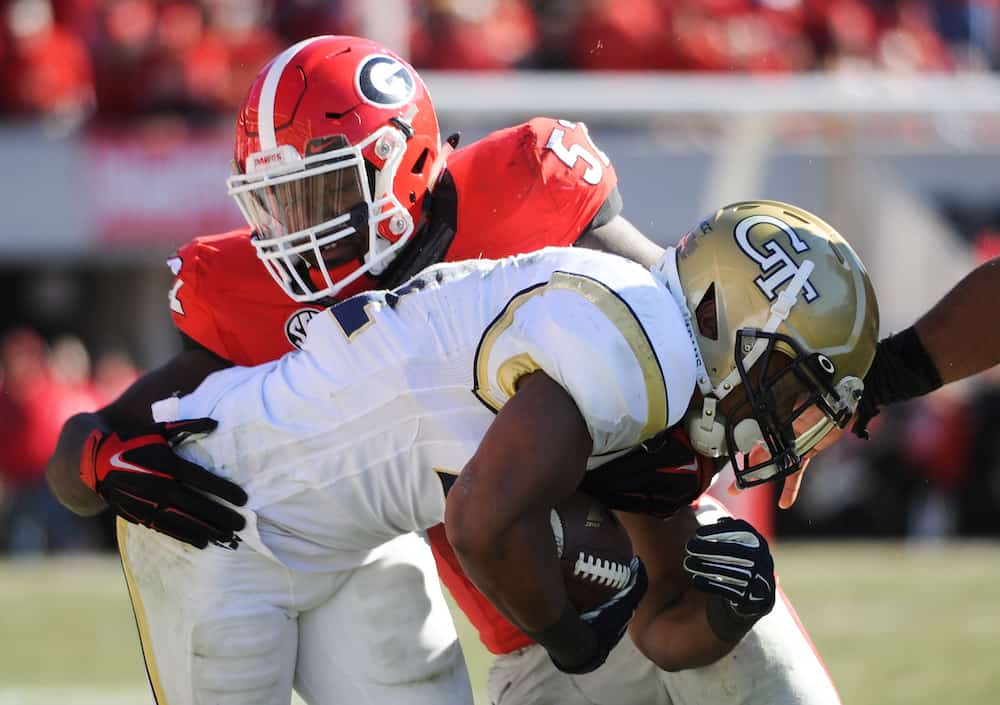 The conference has announced the game-time for Georgia’s rivalry game against Georgia Tech on November 26.

The “Clean Old-Fashioned Hate” will kickoff at noon for the third consecutive year, and will be televised on the SEC Network. Georgia’s season will conclude with three noon kickoffs, and the Bulldogs are 1-2 in noon games thus far. In games broadcasted on the SEC Network, Georgia has a 4-1 record, with its loss coming narrowly to Vanderbilt.

This year’s edition of the rivalry will mark head coach Kirby Smart’s first, and Georgia leads the overall series by a 65-40-5 tally. The Bulldogs won the previous meeting by a 13-7 tally, and fell short when the teams met last at Sanford Stadium in an overtime thriller.

Listed below is the full conference schedule for Thanksgiving weekend.

Start times and networks for Florida at Florida State, Kentucky at Louisville, and South Carolina at Clemson will be announced after the slate of games on November 19.