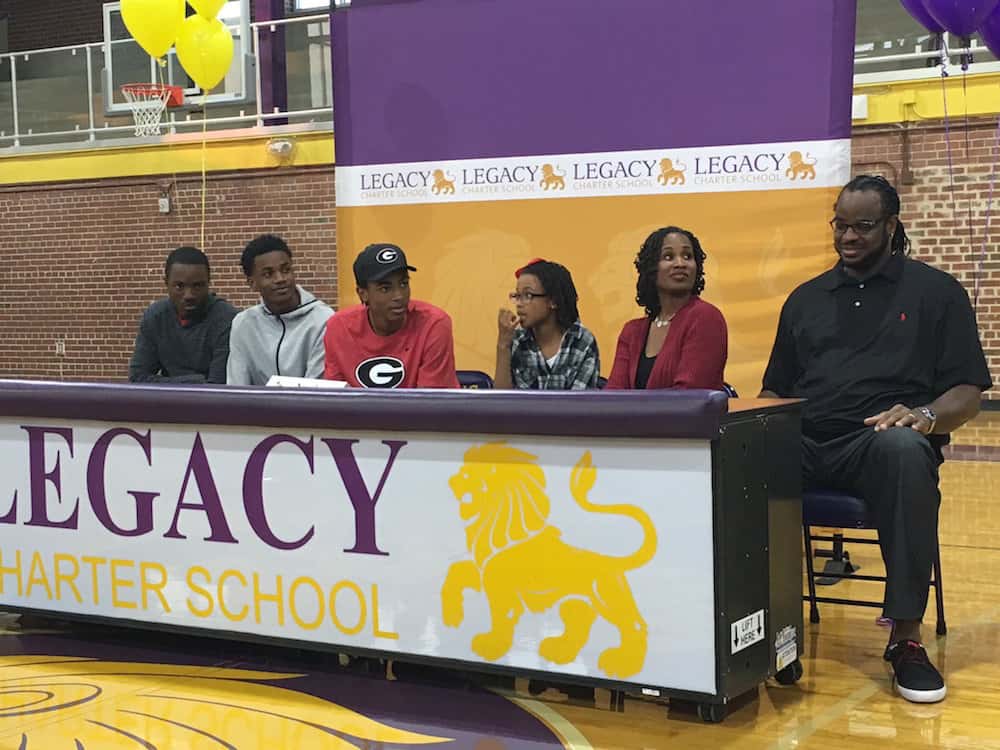 Georgia has landed its second pledge during basketball’s early signing period, which ends after this week.

Three-star small forward Nicolas Claxton, out of Legacy Charter School in Greenville, South Carolina, announced on Monday that he intends to sign with the Bulldogs, and the university received his National Letter of Intent. Last Thursday, four-star forward Rayshaun Hammonds committed to Georgia and the recruiting class has improved yet again.

Claxton is a Georgia legacy as his father, Charles, played four seasons with the program. Throughout his career, Charles Claxton averaged 11 points per game, 7.2 rebounds and 2.1 blocks from 1991-94. He was drafted 50th-overall by the Phoenix Suns in the ’94 NBA Draft.

Georgia has two departing wing players after this season as seniors Juwan Parker and Kenny Paul Geno will graduate from the program this season, so Claxton’s addition will reload the depth at that small forward position. Claxton had a successful junior season at the prep level, averaging 12.5 points per game, 7.1 rebounds and three blocks.

In addition, Claxton ranks as the 42nd-overall small forward nationally and the third-overall prospect in the state of South Carolina, according to the 247Sports.com composite rankings. Claxton also held 14 offers, all from nationally recognized programs.

Georgia may not be done in the early signing period, as five-star forward Wendell Carter Jr. plans to announce later in the week and shows significant interest in Georgia. However, that interest may be fading after he was unable to make his planned unofficial visit to Athens this past Saturday.