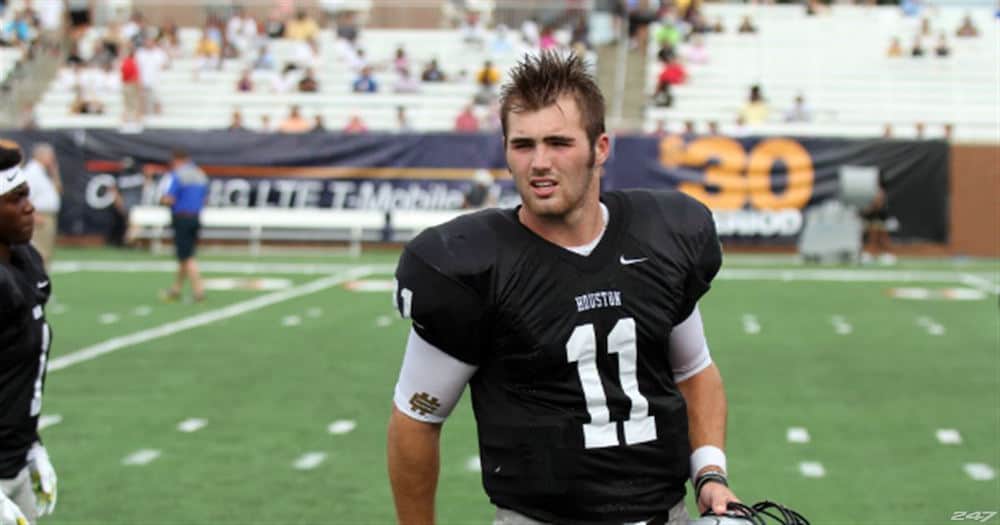 Georgia appears to have their first class of 2017 recruit in the books.

Jake Fromm, the four-star quarterback who flipped his commitment from Alabama to Georgia in March, signed his financial aid agreement on Wednesday and will enroll early into the program.

Now that Fromm has signed his financial aid papers, Georgia’s coaching staff can now comment on Fromm specifically, however Kirby Smart declined comment during the SEC weekly coaches teleconference because Georgia hadn’t yet received his signature.

There will be one last hurdle for Fromm as he has to wait and sign his National Letter of Intent on February 1, just as other recruits do. However, he will have been in Athens for more than a month by that point.

After bringing in Jacob Eason prior to this season, the addition of Fromm adds to the depth of top-tier quarterbacks. Eight games into his senior season at Houston County High School, Fromm has thrown for 3,740 yards, 39 touchdowns and nine interceptions.

In his most recent performance against Northside, Fromm racked up 642 all-purpose yards and four touchdowns in his team’s 45-35 victory.

These impressive numbers posted by Fromm lead many to believe that he will compete with Eason this spring for the starting quarterback job, despite being a year younger than the former number one pro-style quarterback.

In addition to Fromm’s statistics, he also ranks as the third-overall pro-style quarterback nationally, and the fourth-overall player nationally, according to the 247Sports Composite. Also on Wednesday, Fromm was officially named to the Army All-American Bowl game.