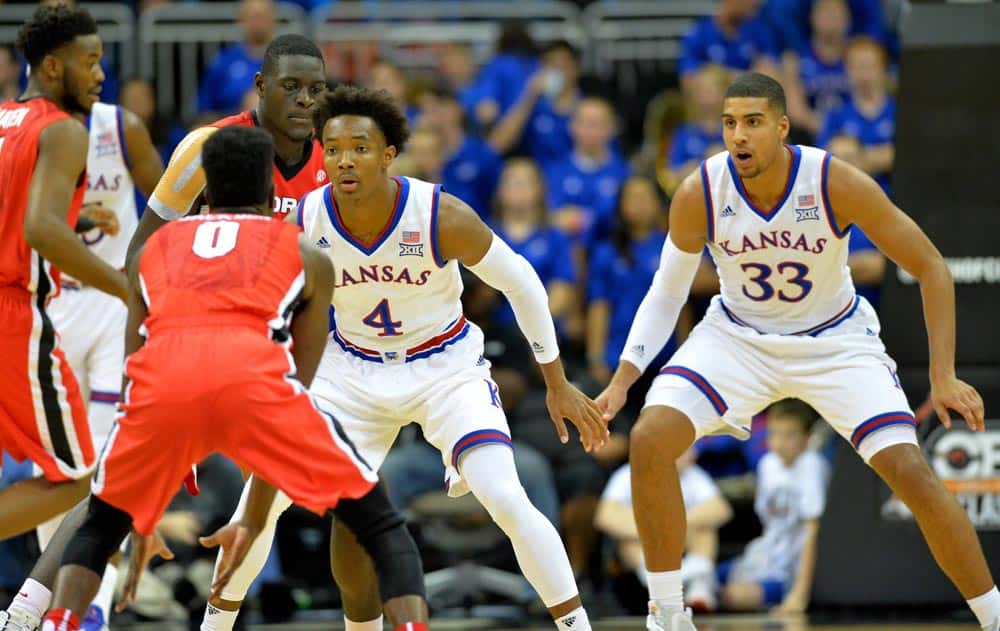 KANSAS CITY, Mo. – The Georgia Bulldogs (3-2) fell to the fifth-ranked Kansas Jayhawks (4-1) 65-54 in the CBE Hall of Fame Classic Championship game Tuesday night at the Sprint Center in Kansas City.

Junior forward Yante Maten powered the Bulldogs with a double-double effort of 30 points and 13 rebounds. The double-double was his 13th in his career, second of the season, while the 30-point outburst registered as his second most in his career. The 13 boards tied his career-high that he set last season.

Georgia jumped out to early 10-5 lead to start the game before Kansas took the advantage, 13-12, at the 13:53 mark. The first half consisted of four ties and six lead changes, while the Jayhawks went into the break with a 35-25 lead. Maten scored 17 points and grabbed seven rebounds in the first 20 minutes.

The Bulldogs started the second half on a 5-0 run featuring a top-of-the-key three-pointer by Maten that rattled in. However, Kansas quickly pushed its lead back to 10 points and controlled the game for the duration.

Georgia made a late surge on a 9-0 run in a three and a half minute window to cut the Jayhawks’ lead to eight points at 57-49, but Kansas strengthened its lead and held on to secure the win.

The Bulldogs outrebounded the Jayhawks 44-40 and held Kansas to its worst shooting percentage of the year at 39-percent from the floor. The two teams had the same amount of turnovers at 14, but Kansas turned those opportunities into 22 points compared to Georgia’s 13.

The Bulldogs return home to face the Runnin’ Bulldogs of Gardner-Webb Friday at Stegeman Coliseum at 7 P.M.