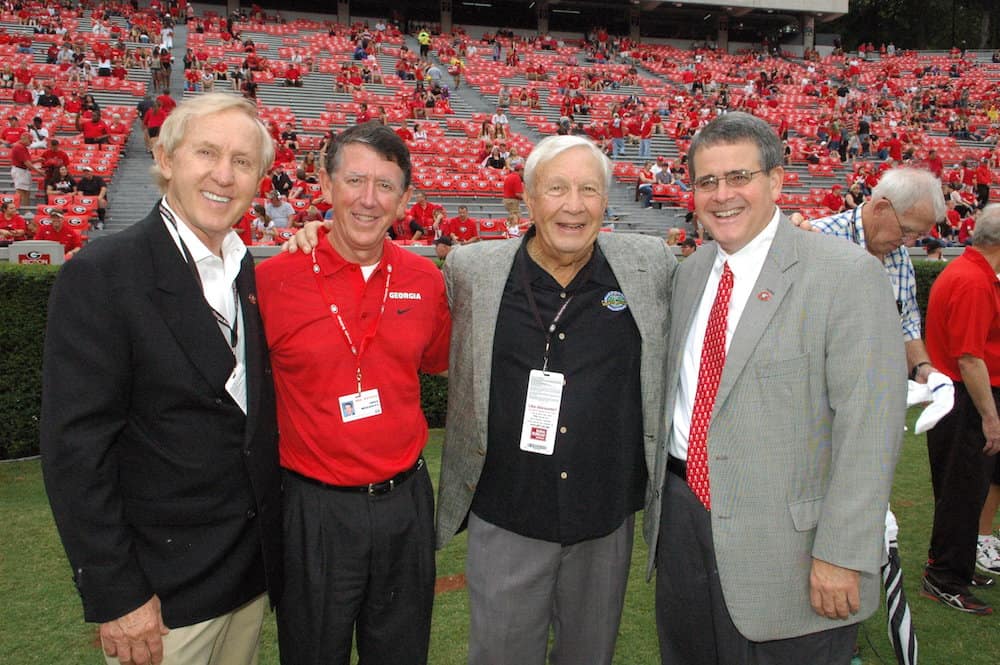 Georgia fans await word on whether Saturday’s game against South Carolina due to the threat of Hurricane Matthew, and so does university president Jere Morehead.

Morehead spoke to reporters during Georgia’s practice on Wednesday in preparation for the game between SEC rivals.

“I think everybody’s waiting to see where the hurricane goes, and how serious it’s impact is on South Carolina,” Morehead said via The Telegraph and macon.com. “But I would anticipate in the next 24 hours that’ll become much more obvious. (But at this time), I think everything is up in the air.”

At this time, Georgia and South Carolina have been working to resolve the issue, but Morehead indicates that the decision could come down to the decision of SEC commissioner Greg Sankey and the conference office in Birmingham, Ala.

“I honestly can’t tell you what the rule is in terms of who makes the final decision in that regard,” Morehead said. “But I have every confidence, we have a great commissioner, he’ll work through these issues with these two schools, and we’ll have a good outcome.”

South Carolina associate athletic director Charles Bloom discussed the situation on Wednesday. As the program had to move a game last season to Baton Rouge in 2015 to flooding, they hope that same scenario won’t occur again.

Bloom added that changing the time of the game is definitely a possibility, if necessary.

“In a perfect world, you would want the game to be played as it’s scheduled,” Bloom said in a radio interview, via The State. “You plan on that until you can’t. Do we have enough police? Can we get the teams in here? Are we risking the safety of our fans getting to our stadium? How is the weather going to look at kickoff? You hope you can play in Columbia. That’s the No. 1. You don’t want to move it to another venue. We went through that last year. We don’t want to do it again this year.”

Morehead said that he has not yet spoken to Sankey, but progress could be made this afternoon as discussions are scheduled.

Georgia athletic director Greg McGarity added via email that both universities are working on an update at this time.

“I don’t want to discuss a hypothetical question. If the commissioner calls me with a proposal we’ll discuss it. But that has not been discussed yet,” Morehead said. “I know they’re having some calls later this afternoon on the issue. But at this point we remain hopeful the game will be played at its normal time on Saturday evening.”

Also in the SEC, the status of Florida-LSU game was also in doubt due to Hurricane Matthew. The University of Florida released a statement on their decision to not move the game from Gainesville, but changing the time of kickoff was a possibility.

“As of 5 p.m. on Wednesday, the game is still scheduled to be played on Saturday at noon at Ben Hill Griffin Stadium,” the statement read. “A final decision on the start time of the game will be made by 1 p.m. on Thursday as we continue to monitor the storm. The game will not be moved out of Gainesville.”

The University of South Carolina and its athletics department are continuing to monitor the movements of Hurricane Matthew as it relates to the scheduled football game with the University of Georgia.  We are in communication with the National Weather Service, state and local authorities and the SEC regarding potential weather issues.

We anticipate a decision about the game to be made on Thursday. The safety of everyone affected by the storm and the minimization of the impact on emergency personnel are the most important factors in making the decision.

The USC vs. UGA game will be played in Columbia. Currently, kickoff is still slated for 7:30 pm Saturday at Williams-Brice Stadium.