Florida's linebacking corps to give Georgia another test in running game 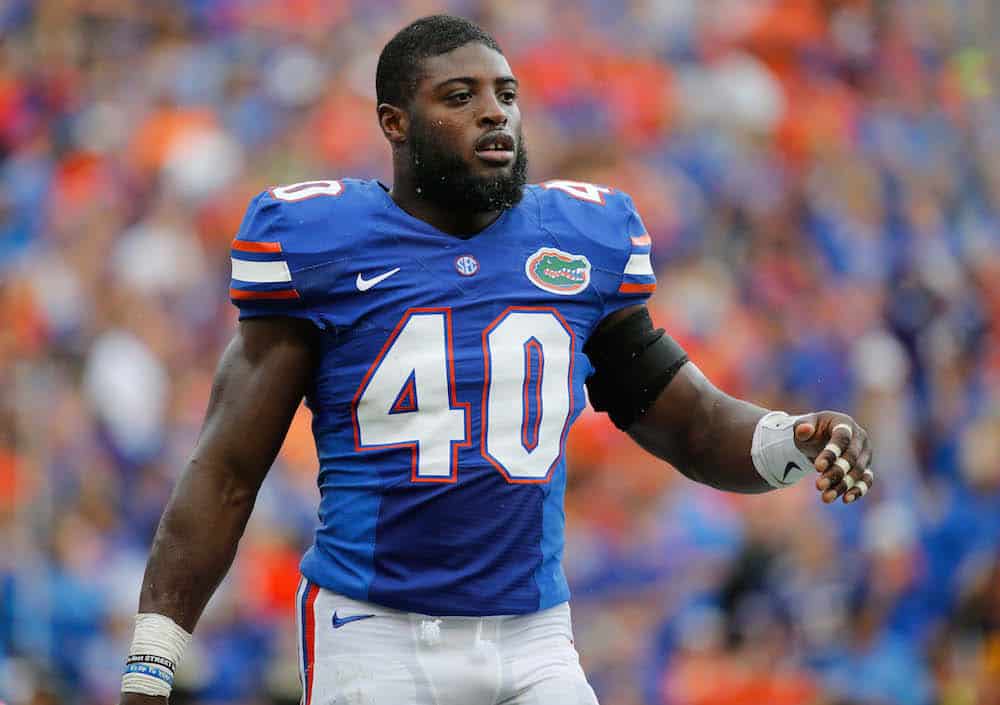 Through four of Georgia’s first seven games, its production in the running game has been stymied. They’re in for another tough test.

Georgia’s offensive line has had a great deal of trouble opening up holes for their running backs Nick Chubb and Sony Michel as the Bulldogs’ rushing attack has been held to minimal success on numerous occasions. The Bulldogs now head to Jacksonville to face some of the conference’s best linebackers.

The Gators are led by Jarrad Davis and Alex Anzalone as the two have combined for 88 total tackles and 7 tackles for loss. Florida allows an average of 119.7 rushing yards per game, and these two are two of the main factors in containing the opposition on the ground.

Georgia thought they may be in luck on Saturday as the leader Davis was nearly guaranteed to miss the rivalry game, due to an ankle sprain suffered against Missouri.

However, Davis has made plenty of recent progress and was seen in warm-ups without a taped ankle. Davis is now ruled to be a game-time decision and the return of the Kingsland, Georgia native could give the Gators more of an advantage and Georgia’s ground game has a greater chance of being shutdown yet again.

With the challenge ahead, Michel is ready to try and conquer it. Georgia has lost to the Gators in fairly embarrassing fashion the past two seasons, and the junior running back ensures that the effort will be at a new level.

Michel was Georgia’s starter in the backfield for last season’s edition of the rivalry, and suffered a broken hand on his first carry. He was contained by the opposition, and finished with 45 yards on 13 carries.

While Michel doesn’t guarantee a win, he gives Georgia fans a bold promise.

“Last year was last year. It was tough, we lost,” Michel said. “I don’t even know the score of last year’s game to be honest with you. We’re going to leave that in the past.

“But I guarantee this year is going to be different.”