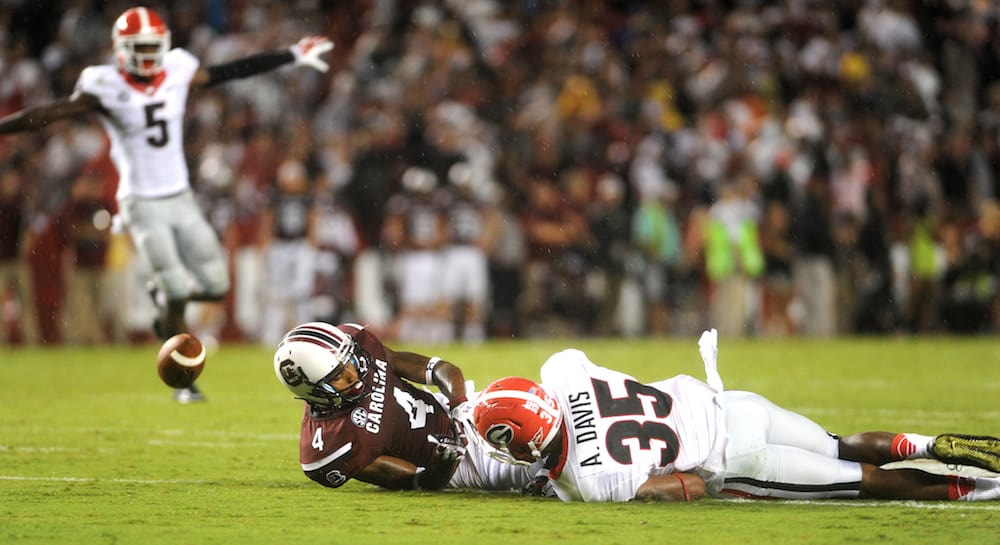 Georgia will play away from home yet again on October 8 as the Bulldogs face South Carolina at Williams-Brice Stadium.

This mid-season matchup between the Bulldogs and the Gamecocks is the 69th between the two teams, and the Bulldogs lead the series 48-18-2 in its lengthy history, dating back to the first game in 1894. Most recently, Georgia beat South Carolina 52-20 in Athens in 2015, being the last Georgia rivalry appearance for recently retired South Carolina head coach Steve Spurrier. The 2016 matchup serves as the first between first-year head coaches Kirby Smart and Will Muschamp.

Listed below is the full SEC football schedule for Saturday, October 8. CBS has chosen to implement a six-day option on both the Arkansas vs. Alabama and the Texas A&M vs. Tennessee games.