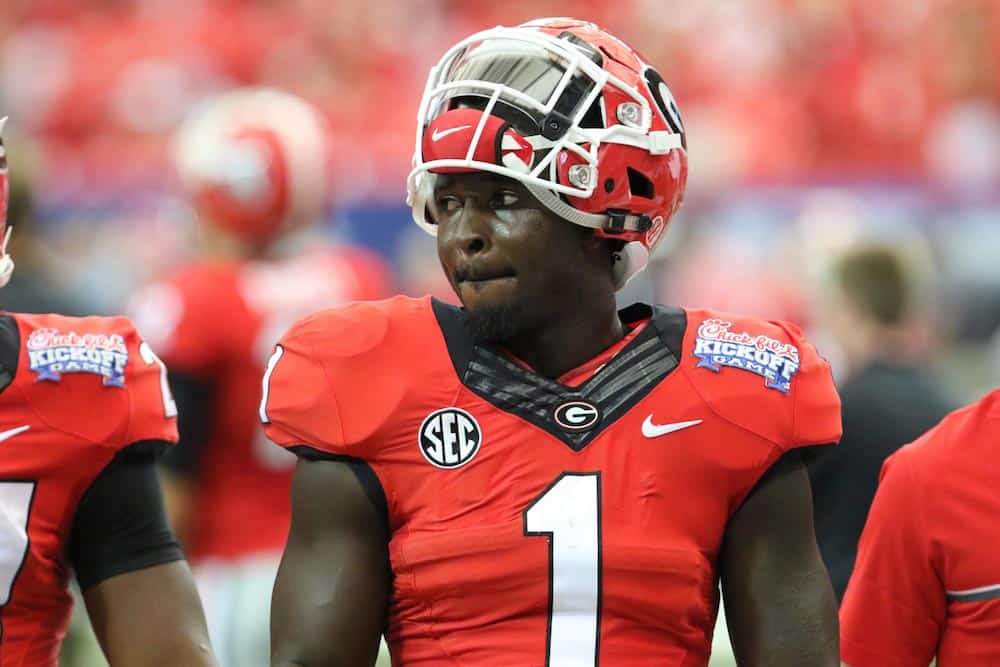 Georgia escaped the season opener against North Carolina without any major injuries, however there are some minor injuries of note as the Bulldogs prepare for Nicholls State.

Sony Michel has been limited in practice since suffering an open arm fracture on July 3, by way of an ATV accident. He was held out of game action on Saturday, and his status is still unclear.

“Again, it’ll be up to the doctors,” Smart said toady at his weekly press conference. “When he gets cleared, he’ll be able to play.”

Michel looked as if he would be able to play in last weekend’s opener, and Smart joked after the game and said he “had folks fooled” during his pregame performance. It is very possible that the junior running back is held out of Saturday’s game, against an FCS opponent, in order to rest him for the opener of conference play against Missouri the following week.

Another absence of note in the season opener was another member of Georgia’s star-studded group of tailbacks, freshman Elijah Holyfield. While he was held out, it looks as if he’ll see action in the home opener this Saturday.

Holyfield sustained a low ankle sprain in the second preseason scrimmage, and was limited in the final week of practice in preparation for the opener. Smart indicates that he was in position to see action, but his lack of practice action led Georgia’s staff to hold him out.

Smart also stated other injuries, as he said some of his players were “dinged up.” Junior offensive lineman Isaiah Wynn exited Saturday’s game with an injury, but Smart said he should be fine and be able to practice on Monday. Smart had a similar statement in regards to senior outside linebacker Chuks Amaechi.

The level of certainty isn’t the same with freshman wide receiver Riley Ridley, who sprained an ankle in the opener. Smart said Ridley may not be able to practice Monday, but the indication is that the injury is minor.