Report: Greyson Lambert to start on Saturday vs. UNC

Report: Greyson Lambert to start on Saturday vs. UNC 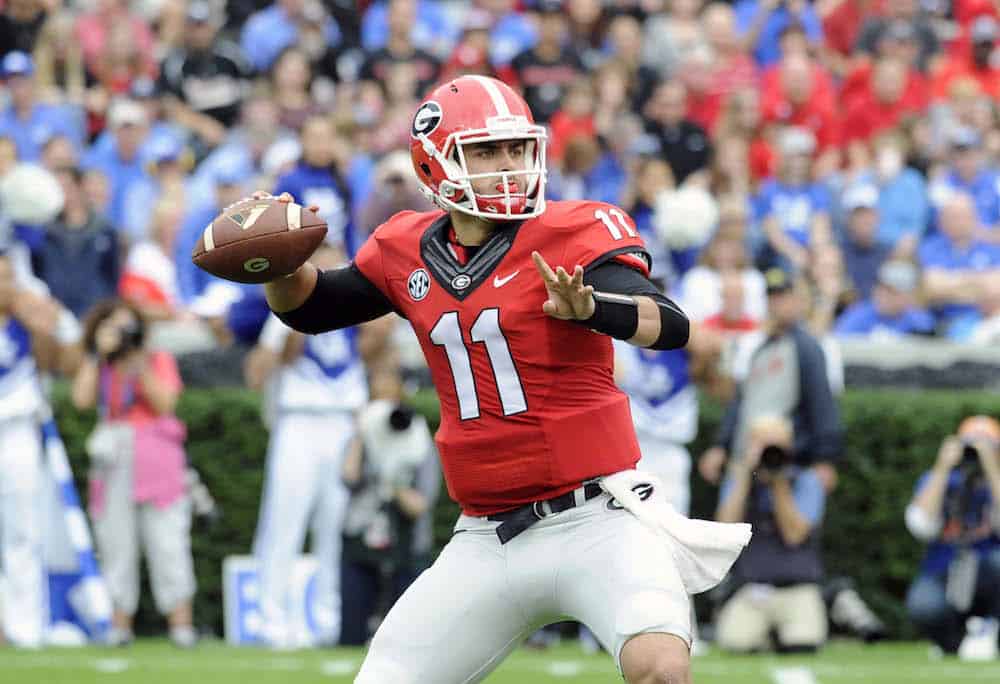 Senior Greyson Lambert will be given the nod for Saturday’s Chick-fil-A Kickoff Game, according to a report from the Atlanta Journal-Consititution. Smart and the Bulldogs coaching staff chose Lambert due to his experience over the freshman Jacob Eason, despite his quote on Monday in which he stated his belief in “age not being a factor” in terms of starting quarterbacks, but it turns out that wasn’t the case after all.

It is unclear if Georgia will use the five-star and fan favorite Eason in the opener. However, Georgia will stick to their gameplan with Lambert, and seeing Eason take the field is no sure thing in week one.

Lambert started 12 games for Georgia in 2015, in which Georgia went 10-2, losing to Alabama and Tennessee. The senior quarterback is known for his skills as a game manager. In 2015, he threw for 1,959 yards with 12 touchdowns and only two interceptions. He also broke an NCAA passing record in 2015, completing 24 0f 25 passes against South Carolina, finishing with a 96 percent completion rate.

Georgia confirmed the decision on Thursday shortly after the report, as an email was sent to reporters.

Eason hinted at the potential of Lambert getting the starting nod on Wednesday night, by way of a cryptic tweet (which he has since deleted). 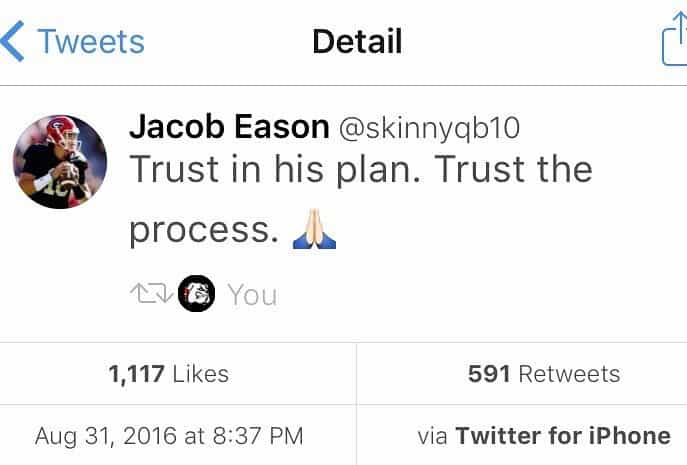 Georgia plays North Carolina to open the season at the Georgia Dome in Atlanta on Saturday. The game is slated for 5:30 p.m. ET and will be televised on ESPN.