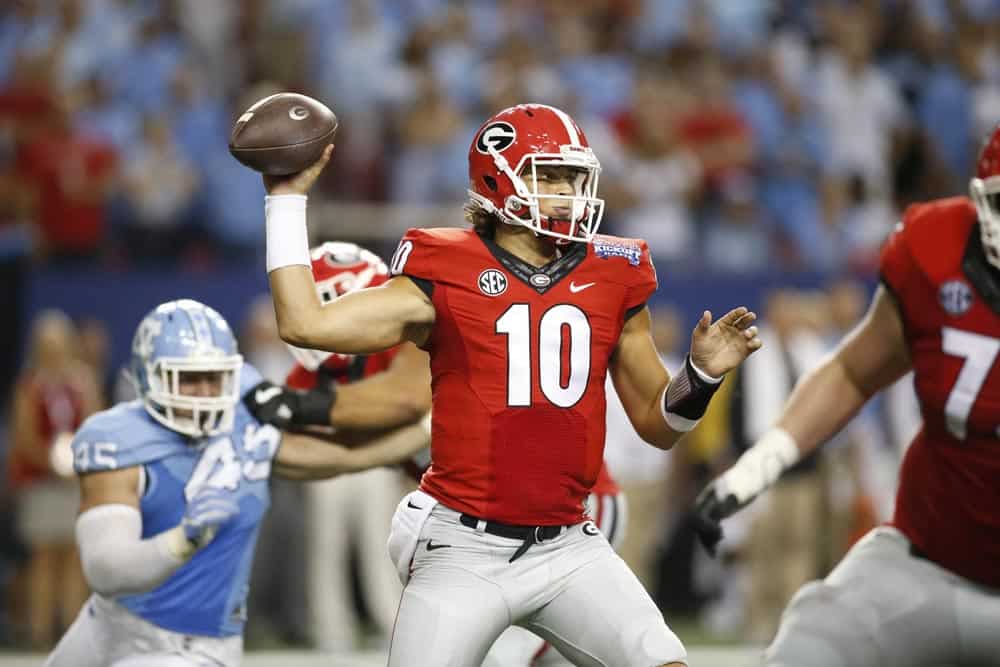 This week the Bulldogs will open their home schedule against the FCS Nicholls State Colonels on Saturday in Athens. While many criticize the scheduling of the Colonels, it will gear more interest than a game against a 3-8 FCS opponent normally would.

So while the game will not have much drama, it will be a game remembered historically.

Why UGA Can Win

UGA is the far superior team talent wise. Nick Chubb is already back to Heisman form and Sony Michel has been cleared for action. There is no team in college football that can completely shut down the UGA run offense. Moreover, the Colonels gave up 243.7 yards a game on the ground in 2015.

Last season against ULM and Colorado, their only two games against FBS teams, they gave up a combined 569 yards on 100 carries. As a result, no matter who gets the bulk of the carries, the Bulldogs should have a big day.

The pass defense for the Colonels was not much better, as ULM quarterback Garrett Smith hit 26 of his 33 passes for 370 yards and three touchdowns, all in just over a half of play against Nicholls State last season.

Why Nicholls State Can Win

They can’t but here is a closer preview.

Nicholls State begins year two under Tim Rebowe, and the Colonels did show dramatic improvement in his first season. Rebowe took over a team that had dropped 18 straight games prior to accepting the head coaching job. They would eventually lose 23 straight games before the first win of his career against Houston Baptist.

The Colonels would finish the final six games of the season with a 3-3 record.

Experience will not be in shortage as Nicholls State returns a total of 49 letter winners and 18 starters, including 28 returners on the defensive side of the football.

The Colonels spread-offense will rely heavily on the legs of quarterback Tuskani Figaro. He is one of only three players in Colonels history to run for 1,000 yards in a season and is 10th on the program’s all-time rushing list.

On defense, the Colonels have a lot of talent returning for their 3-4 scheme, but to be honest, I am looking most forward to seeing my favorite player from the Netflix hit Last Chance U, defensive lineman Ronald Ollie, and his teammate Marcel Andry.

While an X-factor is not needed in this game, I am looking for the tight ends to show up in a big way. With Jacob Eason now the man behind center, Jeb Blazevich and Isaac Nauta need to become a bigger part of the game-plan.

The Bulldogs are loaded at this position, and it will show on Saturday.

Coach Smart is a strong believer in attention to detail, and UGA will come out focused and ready. The talent disparity will show Saturday against an inferior football team. Eason will also have a big first half, as Nicholls State tries to load the box.

And on defense, let me be first to congratulate Mel Tucker for his first shutout as defensive coordinator of the Bulldogs.