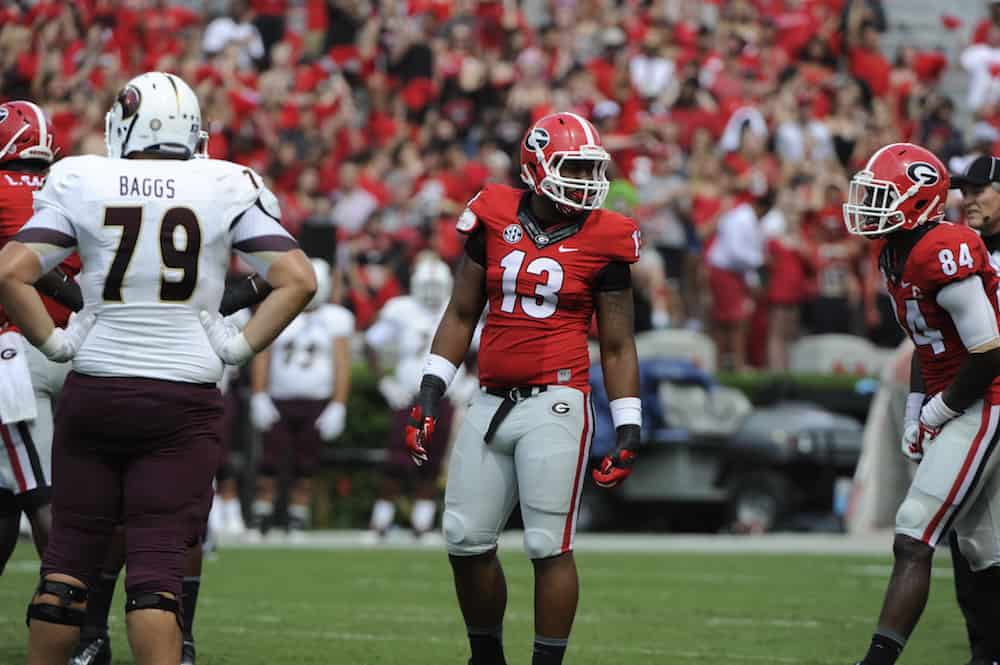 Head coach Kirby Smart was straightforward in discussing Ledbetter’s suspension as he has been throughout the early stages of the season.

“No, he will not be available this week,” Smart said.

Ledbetter will serve the fifth game of an indefinite suspension, for a DUI arrest back in July, his second time in handcuffs this past offseason.

His first arrest was discarded after the search by law enforcement was deemed as improper.

Ledbetter was incarcerated in the Athens-Clarke County jail this past weekend in order to serve appropriate time for both the DUI and the possession of alcohol charge from July’s arrest. Ledbetter was booked on September 23 at 2:33p.m., and released the following morning at 8:16.

However, Georgia may be considering both of the arrests in order to determine the length of his suspension.

The student-athlete handbook mandated by the University of Georgia states that two alcohol-related arrests including a DUI would indicate a six-game suspension. Therefore, if Ledbetter has been ruled inactive for Tennessee, then it is likely that he must sit out for the following game at South Carolina as well.

Before facing legal troubles, Ledbetter was slated to be a starter on Georgia’s inexperienced defensive line, and to work with junior John Atkins as the two leaders of the group, but that will have to wait a bit longer. Ledbetter tallied four tackles in seven games during his freshman season.