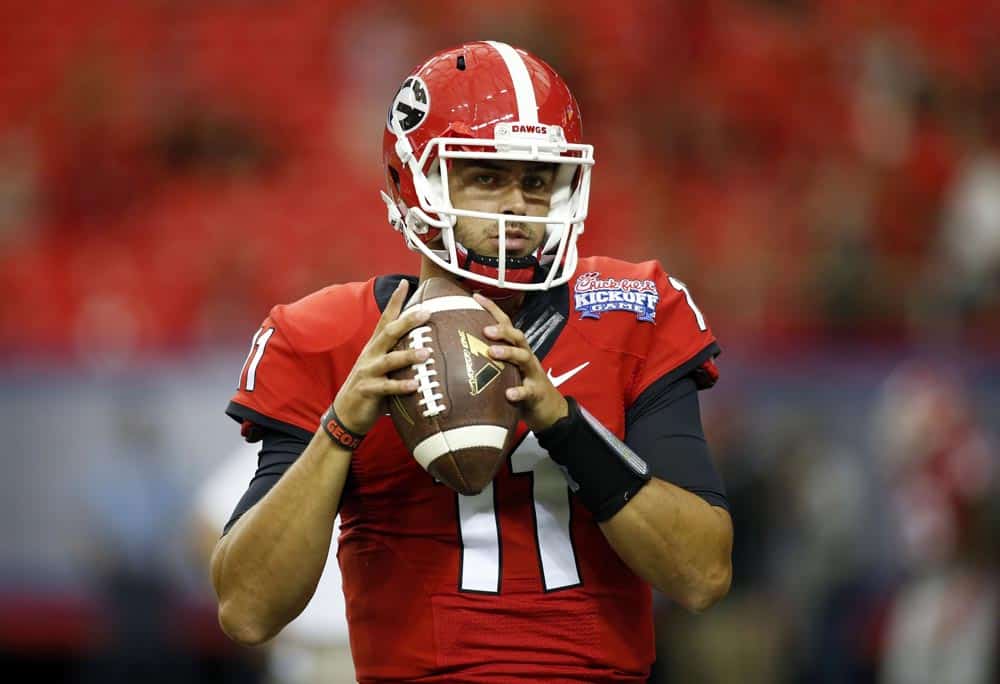 Senior quarterback Greyson Lambert is listed as the starter on the updated Georgia Bulldogs depth chart for the Nicholls State game.

By contrast, the depth chart for the UNC game listed the quarterback starter as either Greyson Lambert OR Brice Ramsey OR Jacob Eason.

“We’re trying to get the best unit we can get out there,” Smart said. “We’re trying to do what each one of these quarterbacks can do. The quarterback plan is very similar to last week right now. We’re going to continue to rep both of those guys, give those guys a lot of work, and make a decision as to what we’re going to do, whether it’s later in the week, or game time.”

If you take Kirby at his word that the “plan is very similar to last week,” Bulldogs fans can expect to see Lambert start the game with Eason continuing to slowly get more reps.

While Eason definitely has more raw talent and upside, easing him into a starting position later in the season appears to be the path the coaching staff is taking.

Other changes to the Nicholls depth chart include the following: