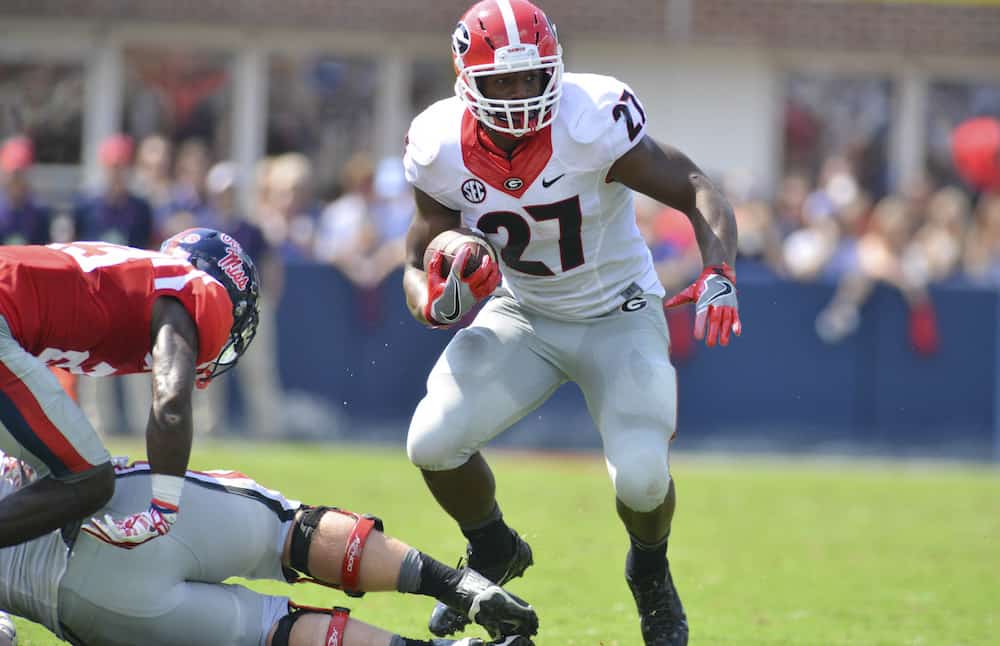 Georgia had an ugly showing at Mississippi, losing by an abysmal 45-14 tally, and things may have gotten worse.

Junior running back Nick Chubb sustained an ankle injury late in the second quarter against Ole Miss and did not return. Chubb finished with 57 rushing yards on 12 carries before being held out of action.

At the conclusion of Saturday’s game, head coach Kirby Smart commented on Chubb’s injury status at his postgame media briefing.

“Don’t know the severity yet. He couldn’t come back in the game,” Smart said. “If he could have come back I know he wanted to. So we’ll see how that goes the next couple days.”

Smart also added that Chubb was being examined by the training staff in the locker room throughout the second half. Chubb made his fourth appearance since suffering a devastating knee injury last October against Tennessee, and this being his lowest output since then.