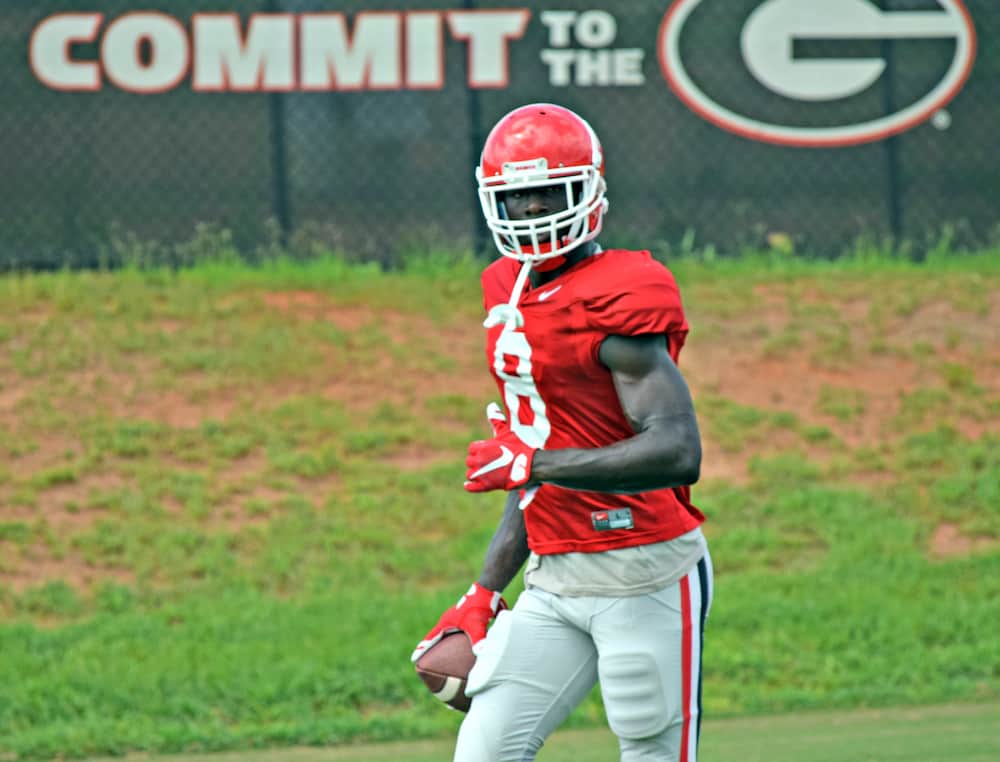 Georgia’s wide receiver depth could be taking a hit as SEC play begins as one of the Bulldogs up-and-coming wideouts was seen held out of practice on Wednesday.

Freshman Riley Ridley was seen with a cast on his arm and not practicing as the Bulldogs prepare for Missouri, according to Jason Butt of The Telegraph and macon.com. Ridley was seen running around on the practice fields at the sports complex, and also getting some work on a stationary bike for conditioning.

The early indication is that Ridley has sustained a broken arm, as sources tell SicEmDawgs.com, however nothing is confirmed at this time. For Ridley, it is the second injury he has suffered in just over two weeks, as he sprained an ankle after the season opener against North Carolina which held him out for Nicholls State the following weekend.

If the injury status is as severe as a broken arm, Ridley would assumedly be out indefinitely, but nonetheless his status for Georgia’s conference opener against Missouri.

Also seen limited in practice and in black non-contact jerseys were freshman defensive back Tyrique McGhee and sophomore wide receiver Jayson Stanley, and no indication has been given on the injury status of either player. Georgia head coach Kirby Smart will meet with a media member on his radio show Thursday night, in which he takes questions from fans via social media and the injury status could be brought up then.

The potential absence of Ridley and key rotator Stanley could open a door for more of Georgia’s new receivers, such as freshman Tyler Simmons or junior college transfer Javon Wims.

Georgia is in search of greater physicality and blocking with pass catchers, so giving other players opportunity could fill the need. However, the Bulldogs were planning to depend on and expect big seasons these two wideouts.