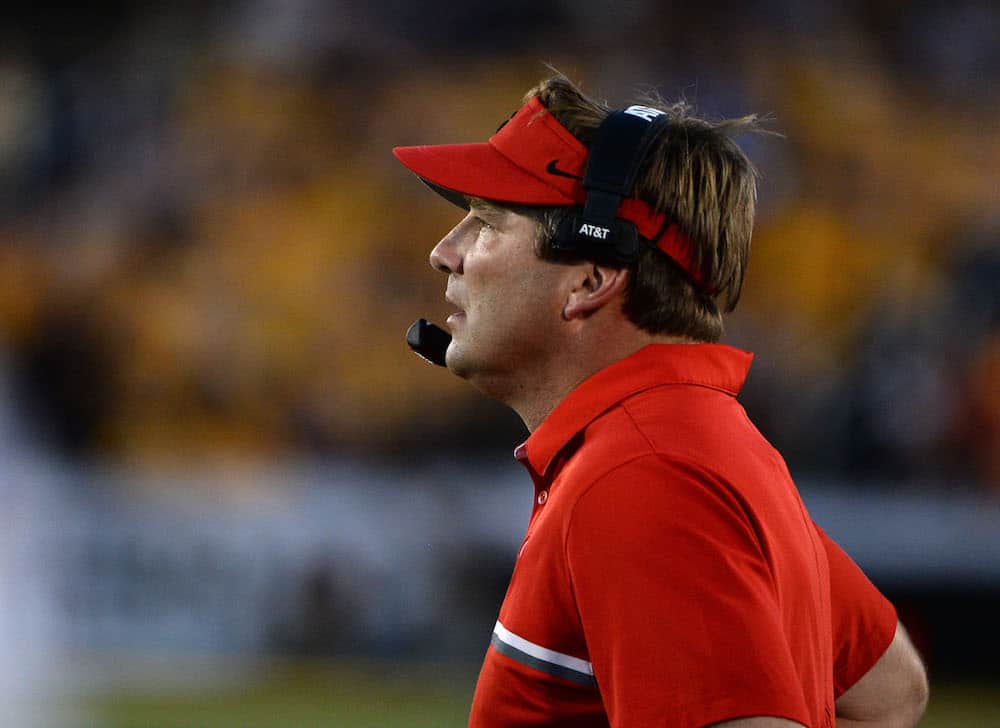 Georgia has risen and fallen in both of the major ranking polls in the first two weeks, and they rise again after beating Missouri on the road 28-27 on Saturday.

The Bulldogs fell four spots in the Amway Coaches Poll entering the third week after narrowly beating FCS foe Nicholls State, however they were able to rebound and were rewarded with a rise in the rankings.

The coaches’ poll was released on Sunday after the third week of action, and the Bulldogs have risen two spots to No. 11.

Georgia remains the second-highest ranked SEC team, only behind Alabama who is ranked as the nation’s best team. Aside from Georgia and Alabama, six other SEC teams are also ranked: Tennessee (No. 12), Texas A&M (No. 13), Florida (No. 16), LSU (No. 17), Arkansas (No. 18) and Mississippi, who is Georgia’s week four opponent (No. 21).

Georgia entered week in the AP poll ranked at No. 16, and jumped after their road victory. However, as the second week of action has come and gone, there is a bit of separation between the two polls.

The Bulldogs have been placed at No. 12 as week four of the college football season has arrived. Georgia is the third-highest ranked team in the poll comprised of rankings by numerous media members. Alabama, ranked at the top, and Texas A&M are ahead of Georgia in terms of top SEC teams ranked. The Aggies cracked the top-10 over their win at Auburn.

Georgia will play the No. 23 ranked team in the AP poll, as they travel to Oxford, Miss. to face Ole Miss, Sept. 17 at noon on ESPN.