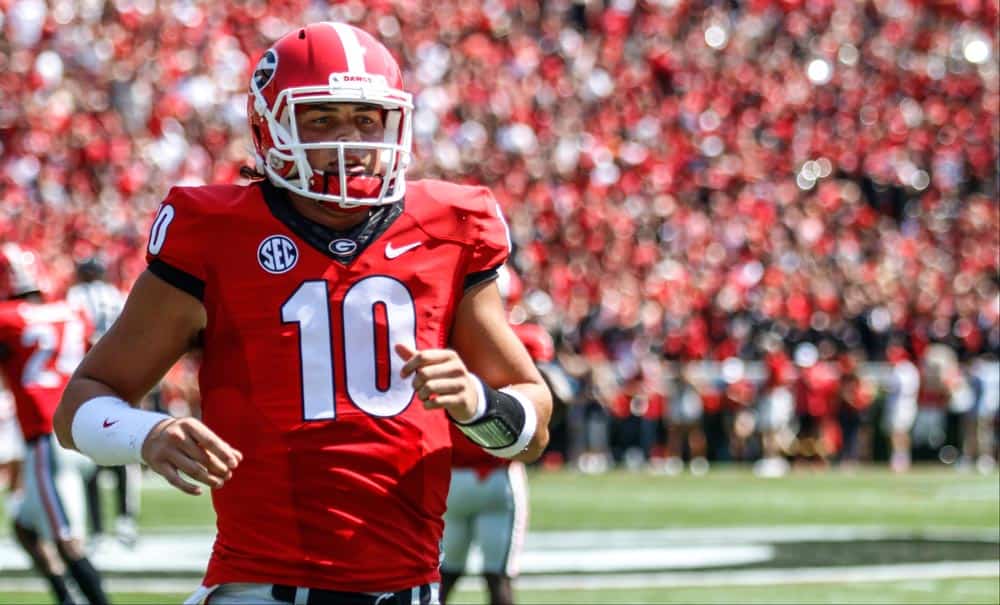 SEC conference play is in full bloom this weekend, and all eyes will be on Vaught-Hemingway Stadium early Saturday as the Georgia Bulldogs and Ole Miss Rebels square off.

Ole Miss will be trying to end a 10-game losing streak in this series and get back into contention for the SEC championship. Can the Rebels get back on track after two heartbreaking defeats or will Kirby Smart and the Georgia Bulldogs move to 4-0?

Why Ole Miss can win this game

The Rebels are ranked in the top 25 this season despite a losing record for a reason. They not only have a wealth of talent, but also players that fit perfectly into Hugh Freeze’s system. None more than quarterback Chad Kelly who torched the Alabama defense for 469 yards last week.

Kelly has plenty of tools to use in the passing game, including tight end Evan Engram, and wide receivers Damore’ea Stringfellow and A.J. Brown. The Ole Miss offense likes to speed things up, but it’s got the ability to go on marches at times that wear a defense down.

The Rebels are not as talented on defense as they have been the two previous seasons, but they still have no shortage of playmakers. Even though the Rebels no longer have Robert Nkemdiche, they still have a great pass-rusher in Marquis Haynes. They have struggled against the pass this season, but that was against two dual-threat quarterbacks.

Why UGA can win this game

One word – confidence. While the Rebels have dropped two games in heartbreaking fashion, the Bulldogs have been the heartbreaker. In fact, the Bulldogs are the new cardiac kids, trailing in all three of their games this season.

A teams’ confidence level cannot be undervalued in the college game, and no player’s confidence is growing more than Jacob Eason’s. Early in the season, the Bulldogs tried to win while hiding him. However, by throwing the ball over 50 times against Missouri, the coaching staff has let it be known they trust Eason with their future.

Ole Miss is likely to load the box once again against Nick Chubb and Sony Michel. In doing so, the Bulldogs could expose the Ole Miss secondary with Isaiah McKenzie and Terry Godwin.

The Ole Miss defense has already been defeated by two freshman quarterbacks this season and none are more talented than Eason.

Honorable mention goes to placekicker William Ham. If he is terrible, the Bulldogs will lose big. They cannot leave any points on the board in this game. However, all of that is irrelevant if the real Lorenzo Carter doesn’t stand up.

Carter is still looking for his first sack of the 2016 season. But despite his defensive touchdown against Nicholls two weeks ago, he has disappeared at times. When Chad Kelly is pressured, he tends to make bad decisions.

Carter will be asked to both rush the passer and at times cover Evan Engram in the passing game. In other words, if Carter is not great, the Bulldogs will not win.

How the game will play out

Neither team has put together a full four quarters this season. I expect the Bulldogs and Ole Miss to go back and forth early in this game. Chad Kelly will throw for over 400-yards for the second consecutive week.

However, this UGA secondary is opportunistic, and they will create two turnovers in the second half and win the game on their final drive. However, this time, it will be Nick Chubb lowering his head and reaching the end zone.

Stat Prediction:  Eason 23-of-38 for 312 yards passing and two touchdowns.