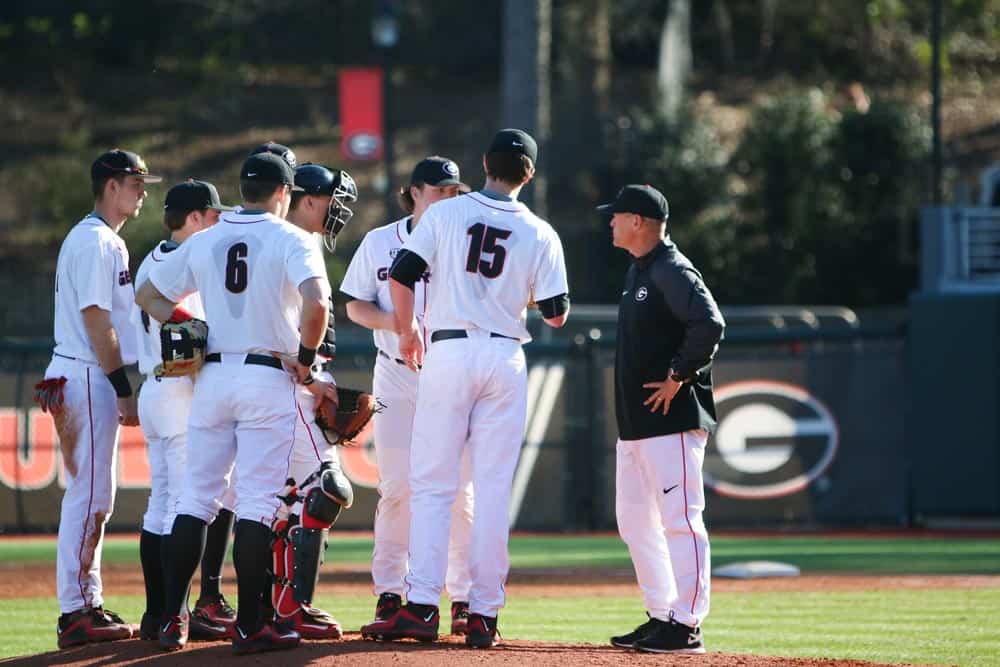 The 56-game college baseball season begins Feb. 17 at Foley Field with a series against College of Charleston. Fourteen of Georgia’s first 18 games will be at home before SEC play begins at LSU (March 17-19). Georgia is in its fourth year under Ike Cousins head baseball coach Scott Stricklin. The Bulldogs fall roster features 18 returning lettermen plus 18 newcomers, and the incoming recruiting class has been ranked as high as fourth nationally.

The SEC home opener for the Bulldogs will be March 24 against Auburn. The other SEC home series will be with Missouri (April 7-9), the Commodores (April 21-23), the Gators (April 28-30) and Mississippi State (May 12-14). Along with the series in Baton Rouge, Georgia’s road trips in the conference will be at Tennessee (March 31-April 2), Arkansas (April 13-15), Kentucky (May 5-7), and South Carolina (May 18-20). Please note the ESPNU and SEC Network Thursday night selections have not been set, thus some SEC series may change to Thursday-Saturday series.

The 15th annual Spring Baseball Classic to benefit Children’s Healthcare of Atlanta will be May 9 as the Bulldogs battle their rival Georgia Tech at the Atlanta Braves new home, SunTrust Park. The Bulldogs went 9-5 all-time against Tech when the game was played at Turner Field. The SEC Tournament again will feature the league’s top 12 finishers in the regular season and be played in Hoover, Ala., from May 23-28. NCAA Regional action at various campus sites will be June 2-5 with Super Regionals from June 9-12. The 2017 season culminates with the College World Series (CWS) from June 17-28 in Omaha, Neb. The Bulldogs have made six appearances in Omaha including winning the national title in 1990 and reaching the CWS Finals in 2008.

Season ticket applications will be mailed in October, and the deadline will be Nov. 30.