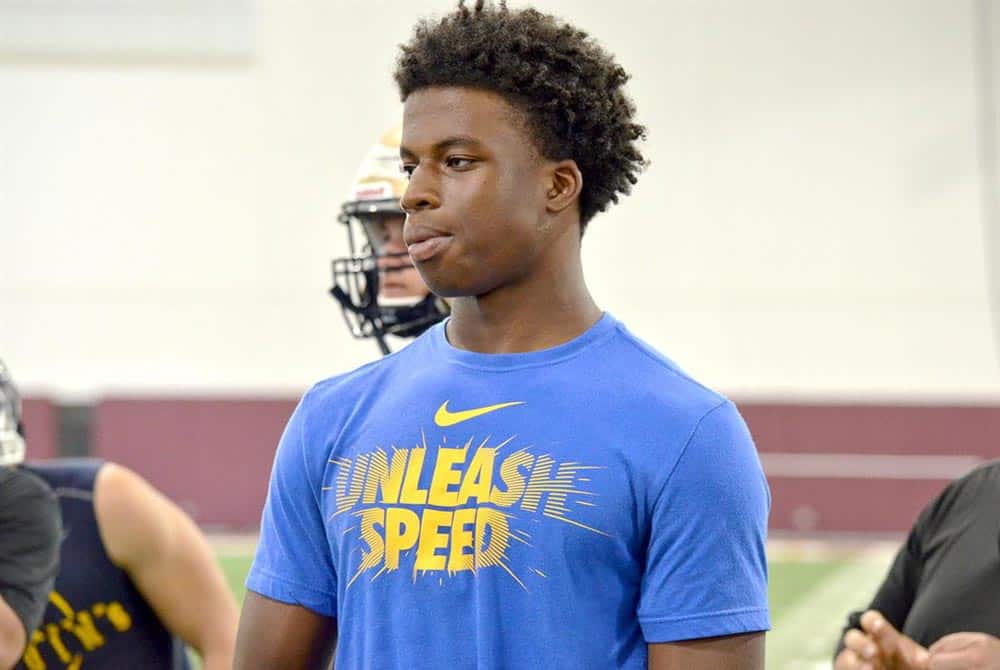 There is one highly regarded Georgia commitment that will not join his future teammates at the Tennessee game this weekend, but instead he has decided to visit elsewhere.

Four-star defensive end Robert Beal out of IMG Academy in Bradenton, Fla. will take an official visit to Alabama this weekend for their game against Kentucky. This comes as a change of heart after originally halting official visits to other programs.

“I’m not even thinking of any official visits right now except my one to Georgia,” Beal said to Jeff Sentell of DawgNation.com back in August.

Beal has changed his plans, peeling away from the crowd of fellow Georgia commitments for the Class of 2017 and not representing Georgia, the team Beal has currently given his pledge to, in their biggest game of the season.

Instead, Beal believes visiting Alabama is the most logical move for his recruiting process.

“I’m just keeping my options open,” Beal told SicEmDawgs.com. “I’m making sure Georgia is still the right destination for me.”

Beal committed on July 5 to Kirby Smart’s program, and is one of the most prioritized recruits for the upcoming class. Originally being an in-state product out of Norcross High School, solidifying the addition of Beal could go another step further with locking down the state’s “recruiting borders.”

The 6-foot-4, 230-pound defensive end is ranked as the third highest at the position nationally, and the seventh overall prospect in the state of Florida, according to the 247Sports Composite Rankings.

Whichever school Beal plans to attend, he will early enroll, as he will have his high school coursework completed by the end of the first semester at IMG Academy.

While Beal plans to take the visit to Tuscaloosa, Ala., he believes it’s a total reassurance move rather than a change of heart.