Drew Lock serves as one of Smart's primary concerns

Drew Lock serves as one of Smart’s primary concerns 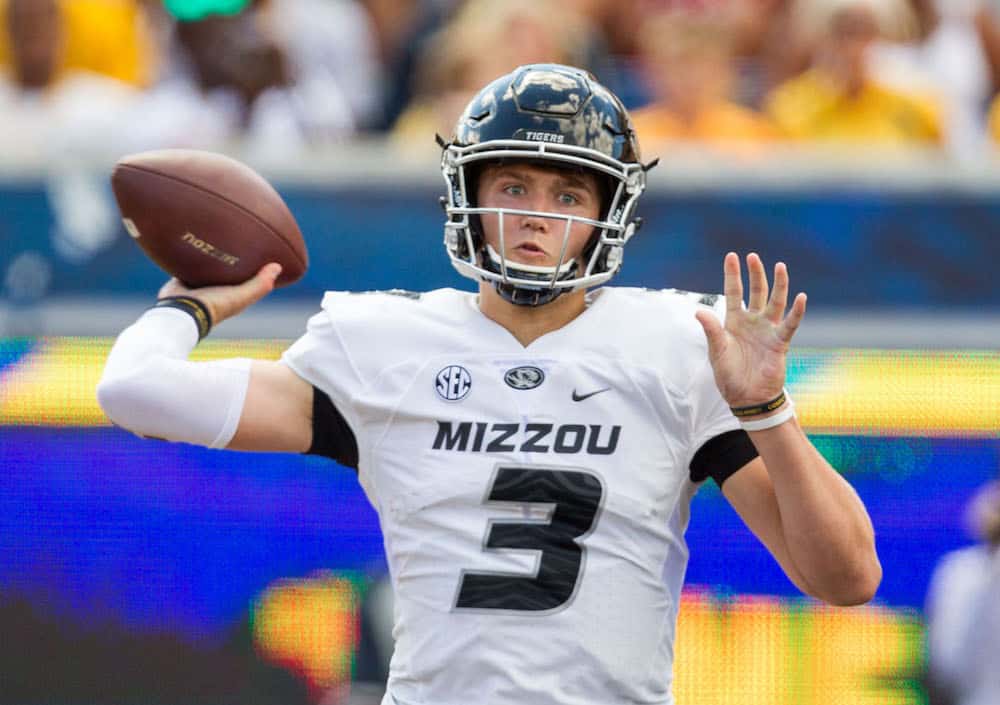 Missouri’s offense was an atrocity in 2015 and their quarterback Drew Lock struggled. Offensive coordinator Josh Heupel has now made his way into Columbia, Mo., and the Tigers quarterback is seeing a bit of a revival.

Lock threw for 1,332 yards and four touchdowns in a full season in 2015. Two games into 2016, he has nearly half of his yardage total with 730, and has already surpassed his touchdown total with six. His staggering early numbers are large in part to his performance in week two against Eastern Michigan, in which he threw for 450 yards and five touchdowns.

For Georgia’s Kirby Smart, he can throw the fact that a majority of his stat line has come in one game, he believes the Missouri sophomore has a lot of talent and he has placed a target on the young quarterback. Smart also used a pretty strong superlative to describe Lock.

“I think their quarterback throws one of the best deep balls I’ve seen in a long time,” Smart said during Tuesday’s post-practice press conference to reporters.

Lock had his deep ball on display in their victory over Eastern Michigan as well, throwing an 87-yard touchdown strike in addition to a 68-yard pass. Georgia’s secondary has been beat on deep balls multiple times throughout the early stages of this season, so a challenge is presented with a quarterback that has shown the ability to accurately throw the ball down the field.

Smart also mentioned the Heupel offense, and compared it to a fast-paced Baylor offense, and cites the potential of their attack causing trouble for the Bulldogs.

Less than 24 hours later, Smart was asked about Lock’s ability during Wednesday’s SEC Coaches Teleconference. He credits many different areas of his skill set. Needless to say, Smart shows concern with Missouri’s offense, and he believes that their success is dictated by Lock.

“He’s very talented, first and foremost,” Smart said. “He’s got great touch, arm strength and throws the ball to all parts of the field. (Therefore), he forces you to defend the whole width of the field. That’s really tough when they have the wideout with a good the skill set. The wideouts are really productive and do a great job at run after the catch, and we saw that last weekend.”

Missouri head coach Barry Odom was asked to comment on their passing attack, as it currently sits at the top of the SEC after being at the bottom of the ranks in 2015. He reiterates that the sample size is small, but credits the success to many different players of his offense.

Odom said that the biggest reason for the improvements has been the willingness to buy into the offensive concept. Georgia could see some issues with an inexperienced defensive line in terms of getting pressure on the Tigers’ sophomore.

“Through the first two weeks, we’ve seen much better quarterback play,” Odom said. “Along with that, if the ten guys around him are playing better then you have the chance to be a pretty good offense. We’ve protected the quarterback better, and they’ve taken ownership with some talent around that. We’ve got a long way to go, though.”