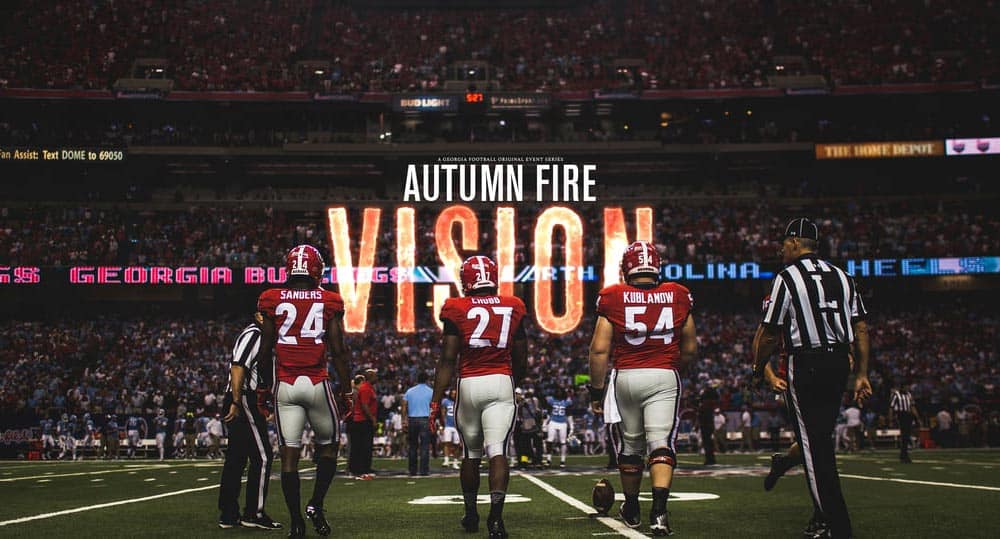 UGA has released a new video leading up to the Nicholls State game, and it’s entitled Autumn Fire: Vision (Attack The Day).

The video was produced by Georgia Football Video in conjunction with Frank Martin Media. The group will release 9-12 installments of Autumn Fire throughout the 2016 season.

Check out the video below. Go Dawgs!