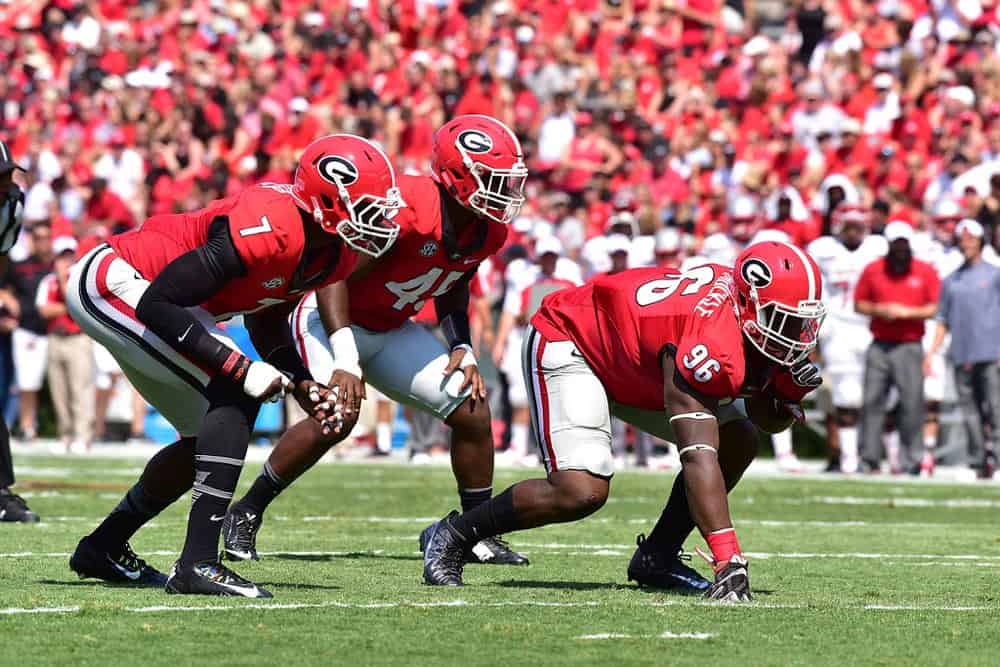 The Georgia Bulldogs will attempt to remain undefeated this week as they head to Ole Miss as underdogs despite being ranked No. 11 in the nation. Although Georgia has owned this series historically, the Rebels have been on the rise under Hugh Freeze.

As you prepare for this weekend’s game, here are ten little-known facts about this game and the series historically.

3. This is the 46th meeting between Ole Miss and Georgia. The Bulldogs hold a 32-12-1 all-time series lead including winning the past 10-games consecutively.

5. The schedule doesn’t get any easier for Ole Miss as they play ten bowl teams from last year. That is tied for second-most in the country.

6. Chad Kelly had the third-most passing yards (4,042) and total yards (4,542) in SEC history last year. He is on another record pace this season including 469 yards last week against Alabama.

7. A lot of attention is given to senior QB Chad Kelly as he leads the SEC with ten passing touchdowns, but TE Evan Engram leads all TE’s in the nation with 20 catches and 302 receiving yards.

8. While UGA has been in a special teams funk, Ole Miss kicker/punter Gary Wunderlich converted all three field goal attempts from 23, 18, and 38 yards last week against Alabama and also punted three times for a 54.7-yard average.