Smart: Nick Chubb a full-go for season opener vs. UNC

Smart: Nick Chubb a full-go for season opener vs. UNC 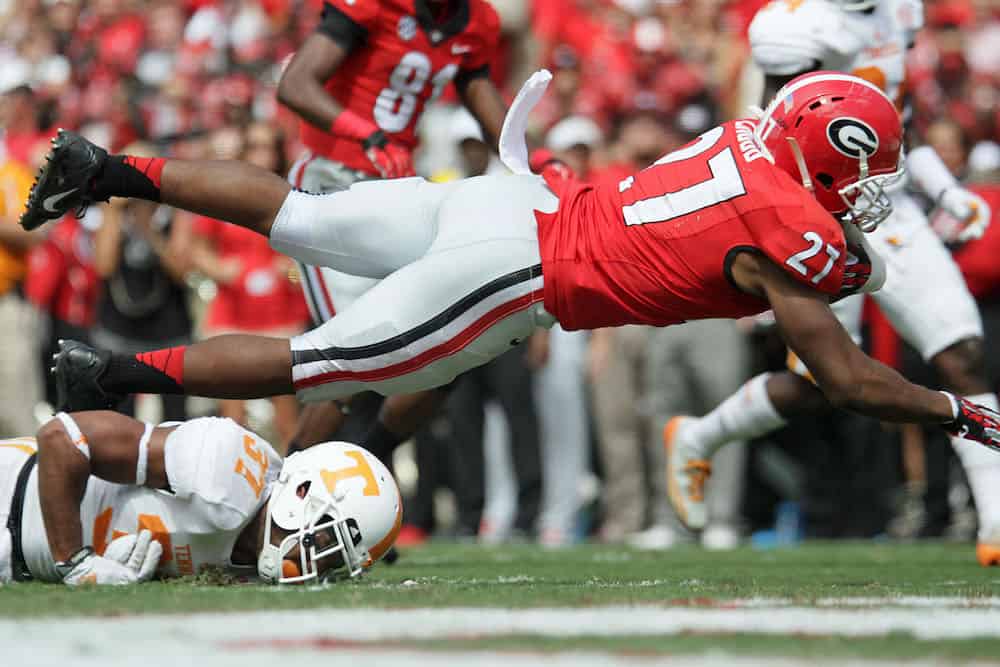 Nick Chubb will take the field on Saturday in the Chick-fil-A Kickoff Game against North Carolina, and will not have any limitations. Chubb will see his first action since sustaining a torn LCL, MCL, and PCL last October against Tennessee.

“He’s been cleared,” Smart said. “It’s a situation where he’s scrimmaged and done live things. We’ve had a lot of practices where he’s carried it more than five or seven times. We feel good about Nick, he feels great and he’s ready to go. So he won’t be on a pitch count by any means.”

Chubb is Georgia’s most dependable running back and brings plenty of promise if healthy. In six games last season, Chubb rushed for 747 yards and seven touchdowns before sustaining the season-ending blow.

The same cannot yet be said, however, for Sony Michel, the second piece of Georgia’s running back tandem. Michel sustained an arm fracture in an ATV accident back in early July, but has not yet been given the nod to play in games.

“He’s been practicing everyday and does everything he can,” Smart said. “But he hasn’t been cleared to tackle live, so it’s a day-to-day situation and he’s doing more each practice. We’ll know when we know.”

Another integral part of Georgia’s running back rotation this season will be true freshman Elijah Holyfield. But he’s recovering from injury as well, as Holyfield sustained a low-ankle sprain in a scrimmage just over a week ago.

While the injury is deemed minor, it still isn’t set as to if he’ll play to open the 2016 campaign.

“He’s day-to-day,” Smart said. “He’s out there and going to do the best he can today. He’s still gimpy on the ankle, but we’ll get all we can out of him.”