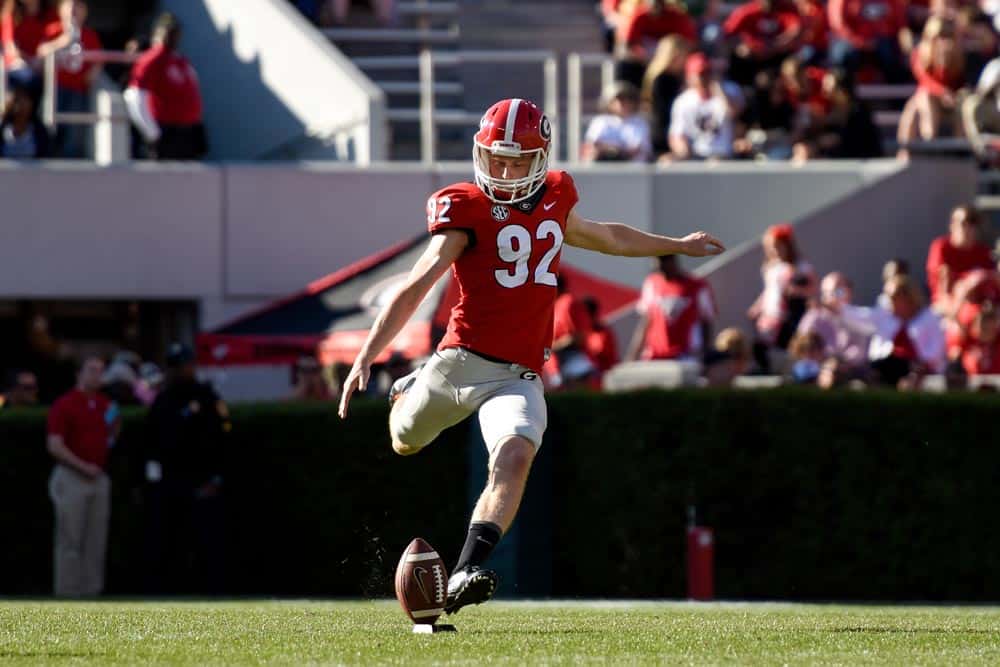 On Monday, Georgia head coach Kirby Smart said the team was only 24-48 hours from naming a place kicker for the season opener against North Carolina.

Now twenty-four hours later, Georgia is close to finalizing the position and could be announced at any given time.

Smart also hinted at both of the competitors playing a role in the opener, and that looks as if that will be the case.

According to Jason Butt of The Telegraph, sophomore William Ham will handle the duties in terms of field goals and extra points. Redshirt sophomore Rodrigo Blankenship will handle kickoffs.

Both kickers have had a strong offseason, and the competition had leveled out. Blankenship’s offseason work was highlighted by a 46-yard field goal in the G-Day game in April.