Nick Chubb a full-go on opening day of preseason camp

Nick Chubb a full-go on opening day of preseason camp 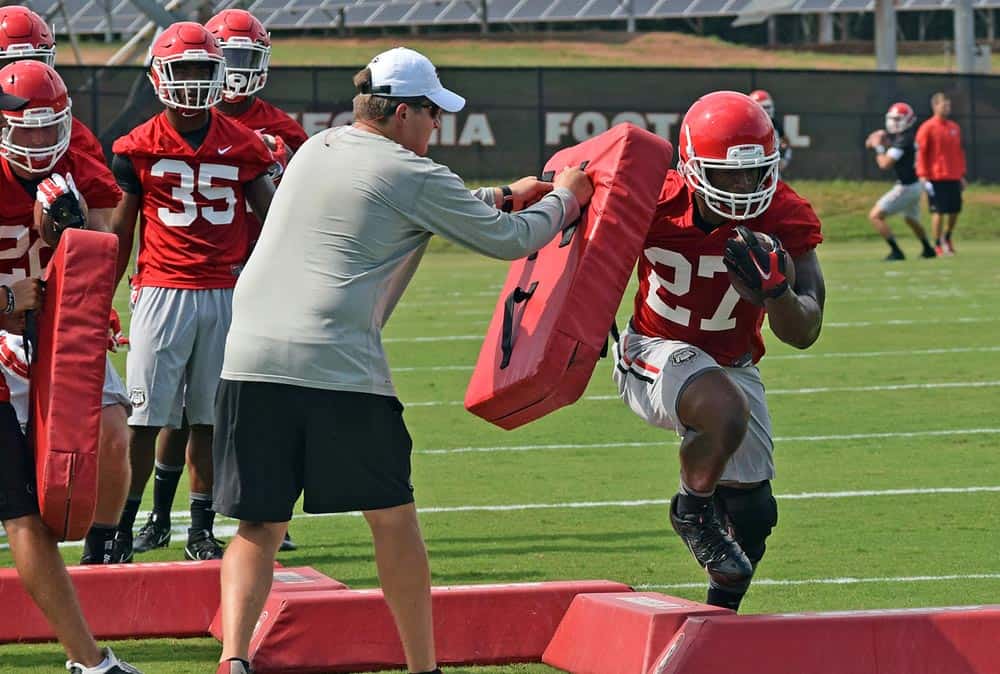 A lengthy recovery process is at its end, and Nick Chubb seems set to take the field for Georgia to open 2016.

Georgia head coach Kirby Smart updated the status of Georgia’s star running back before preseason camp began. He will continue regular activity and will not be limited.

As expected, Chubb was fully involved in Monday’s practice, according to Jason Butt of the Macon Telegraph. He was seen running, cutting and participating in every drill during the 12-minute viewing period. In addition, he was seen blocking, however that was the extent of the contact as Georgia will not be in pads until Friday.

Chubb was seen working with the first-team running backs, with the duo of Brendan Douglas and Tae Crowder working behind him. The two freshmen, Elijah Holyfield and Brian Herrien were working as the third and fourth backs at Monday’s practice.

This is the first time Chubb has seen an unlimited workload since sustaining the devastating injury, in which his LCL, MCL and PCL were all torn against Tennessee in October 2015. Chubb was seen getting some work in the spring, however he was limited as to what he could do.

The practice reports of Chubb taking reps with the first-team in addition to Smart’s comments on having no limitations, it is a safe bet to say that he takes the field on September 3 against North Carolina. In addition to that, the Bulldogs star already looks in playing shape on the first day of camp.

It’s safe to pencil him into the running back rotation at the least, as taking the first snap would also be a very real possibility.