Georgia DL John Atkins out 'for a little while'

Georgia DL John Atkins out ‘for a little while’ 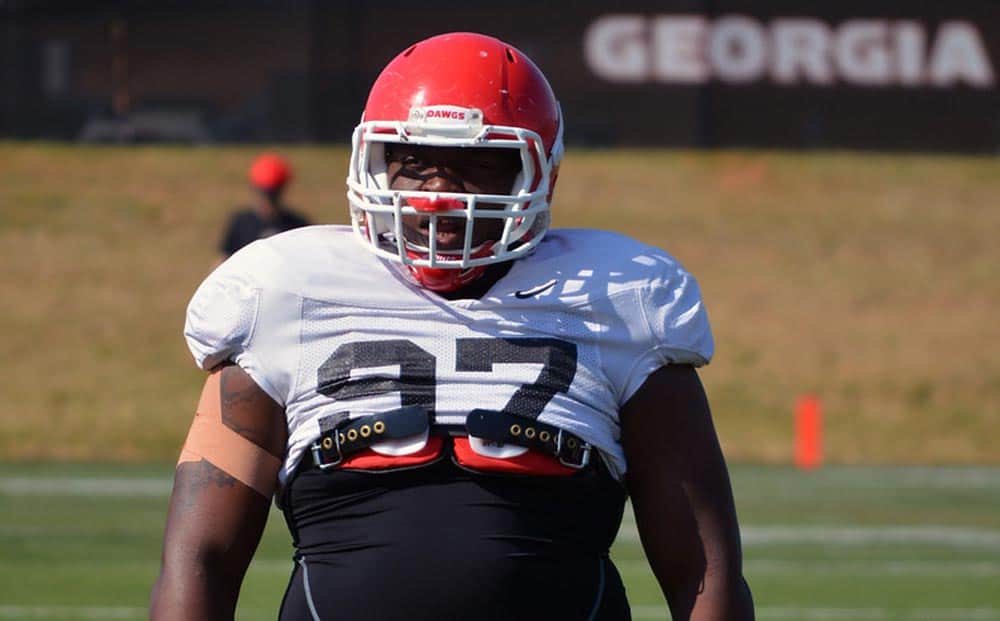 Georgia has taken another blow to their defensive line as fall practice begins.

Head coach Kirby Smart said in Saturday’s practice that defensive lineman John Atkins will be out “for a little while” after sustaining a hyper-extended knee injury. Atkins was not present for Thursday’s practice.

Luckily for Atkins, he did not sustain any ligament damage, and Smart says the time of absence is undetermined and listed day-to-day.

Georgia already has a depleted defensive line with the suspension of Jonathan Ledbetter. Smart believes Atkins will need to work hard in other areas while being sidelined to be successful when he returns.

“He’s a kid who knows the defense,” Smart said. “He’s going to have to push to stay in shape.”