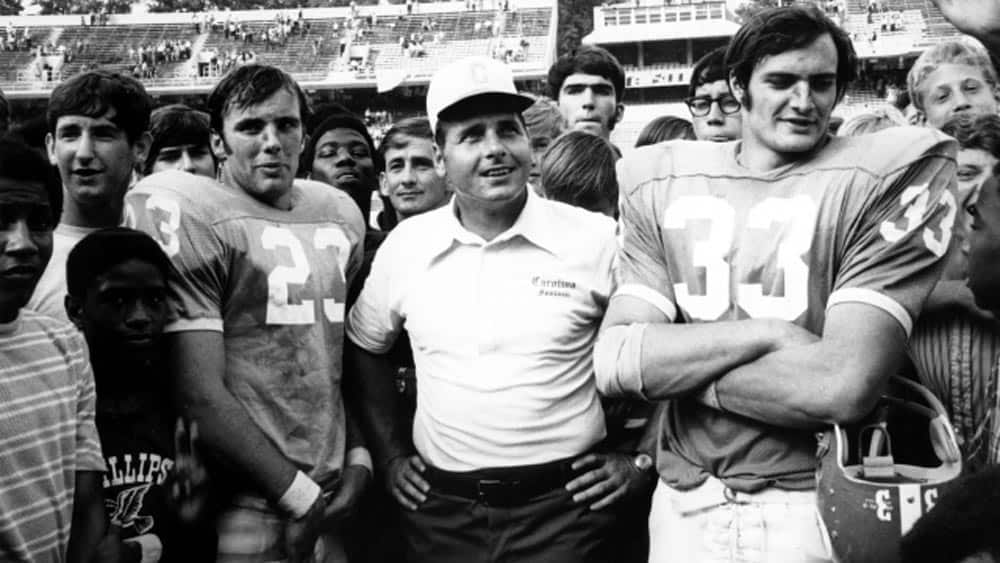 Bill Dooley, former assistant football coach at the University of Georgia and head coach at Virginia Tech, North Carolina, and Wake Forest died Tuesday at his home in Wilmington, NC. He was 82. The younger brother of former UGA head coach and athletic director Vince Dooley, he compiled a career head coaching record of 161-127-5. Bill Dooley served as an assistant coach at UGA (1964-67) on his brother¹s first staff.

The Dooley family, who said he died of natural causes, issued the following statement: ³Coach Bill Dooley passed away this morning. He will be missed by his family and friends and will be remembered by all of us whose lives he has touched so deeply.²

With the Tar Heels (1967-76) Dooley won three Atlantic Coast Conference titles, including the school’s first outright conference championship in 1971. He left North Carolina as the winningest coach in school history. He is still tied for second on the school’s wins list, behind only Mack Brown and is still the school’s longest-tenured head coach. He also achieved the school’s first 11-win season in 1972.

After his tenure at North Carolina, Dooley served as the athletic director and head football coach at Virginia Tech (1978-86). He led the Hokies to three bowl games–as many as they had attended in their entire history prior to his arrival. His best team was the 1986 unit, which went 9­2­1 and won the Peach Bowl.

Dooley later served as the head coach at Wake Forest (1987-92) where he led the team to an 8-4 record and Independence Bowl berth in his final season.

Born in 1934 in Mobile, Ala., Dooley earned All-SEC honors as a lineman in 1955 at Mississippi State.

He is survived by his wife, Marie Dooley; four sons ­ Jim Dooley of Chapel Hill; Billy Dooley of Atlanta; Sean Dooley and his wife, Courtney; and Ashton Dooley, both of Wilmington; and two granddaughters ­ Hayden and Caroline Dooley, also of Wilmington.