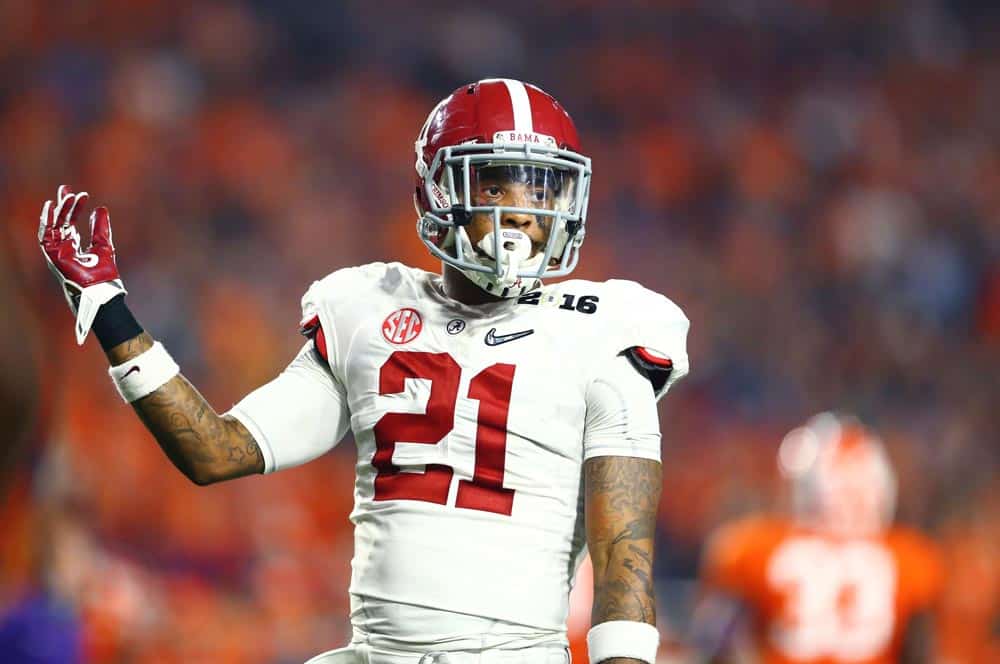 We all thought that Brian Herrien was the final addition to the 2016 recruiting class in May. However, that may not be the case as defensive back Maurice Smith has been granted a full release to transfer.

Smith, a recent graduate of the University of Alabama, is now allowed to contact any school including those within the SEC, according to a report from Cecil Hurt of TideSports.com.

Smith has voiced his desire to attend Georgia on numerous occasions, but Alabama stood firm in limiting his transfer freedoms until now.

In a report by AJC’s DawgNation, Smith and his family were displeased with how he was treated and the refusal by Alabama to allow Smith to transfer to Georgia. As a result, the situation became public and potentially led to the removal of transfer restrictions.

A letter which was released to the Atlanta Journal-Constitution included a statement by Smith, describing the disrespect shown to him by Alabama.

“On Friday, June 17, I arrived at the athletic facility locker room to find my locker cleaned out and all of my personal belongings in the trash,” Maurice Smith wrote in the letter. “These personal items included my family photos, written goals, inspirational and sentimental items memorializing my deceased former friend, roommate and teammate, Altee Tenpenny, and items of personal value from my former teammates.”

Smith was listed as Alabama’s first-team cornerback coming out of spring practice, and could be eligible to play at Georgia this season. However, a waiver has to be granted by the SEC in order for Smith to transfer within the conference. Nonetheless, there is potential for Smith to reunite with his former position coaches at Alabama, Kirby Smart and Mel Tucker.

If the process is to work out as Georgia hopes, they will be getting a veteran talent in the secondary. The 6-foot, 199-pound defensive back recorded 15 total tackles and forced a fumble in eight games for Alabama in 2015.

Smart recently took his stance on the transfer policy with graduate transfers, differing from that of his former boss Nick Saban. He believes they should have full freedoms in that regard, and choose the school of their choice.

“As to the graduate transfer deal, I think every young man that we want to bring here to the University of Georgia, we want them to graduate from this place,” Smart said in a press conference on Saturday. “And if they have an opportunity to go to graduate school at another place, I certainly think that that’s something we’re going to let them do, when they have an opportunity to go, once they have graduated, I think that’s important to know.”