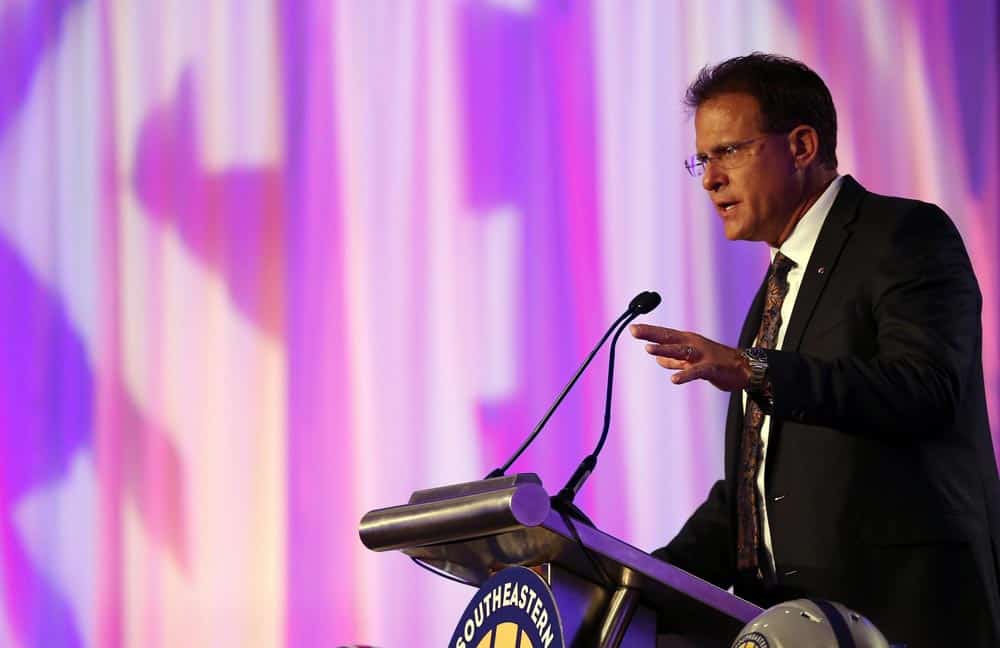 HOOVER, AL – Georgia and Auburn are well known for their annual showdowns as bitter rivals, with moments of heartbreak and elation on each side. It’s not very often you see coaches show a great deal of respect for their opponents, but Auburn head coach Gus Malzahn did just that during his press conference at SEC Media Days.

Malzahn was posed a question on his results against Georgia in the recent years, and his feelings on former Georgia head coach Mark Richt, who is now is the head man at Miami. Malzahn displayed the integrity Richt possesses and how his tenure was successful.

“First of all, Mark Richt is one of the better coaches in college football, I think,” Malzahn said. “(Also), he’s one of the true professionals in all of college football. He’s a great example for young guys getting into that profession of how to go about your business. It was an honor to coach against Coach Richt.”

Richt had success against Malzahn and his predecessors while at Georgia, finishing with a 10-5 record against the Tigers.

Kirby Smart, Richt’s successor in Athens, also has a long history against Malzahn during his time as the defensive coordinator at Alabama. Those two in-state rivals also face-off yearly, in a game in which the stakes are always high. Malzahn continued on stating his regard for Smart.

“Kirby Smart (and I) have a lot of history,” Malzahn said. “I have a lot of respect for him as a football coach. We’ve had some pretty good battles and we know each other pretty well. It’s always been a good rivalry and continues to be a rivalry.”

Smart will have his first chance in an all-important game against Gus Malzahn and the Tigers when they visit Athens on November 12th for a showdown at Sanford Stadium.