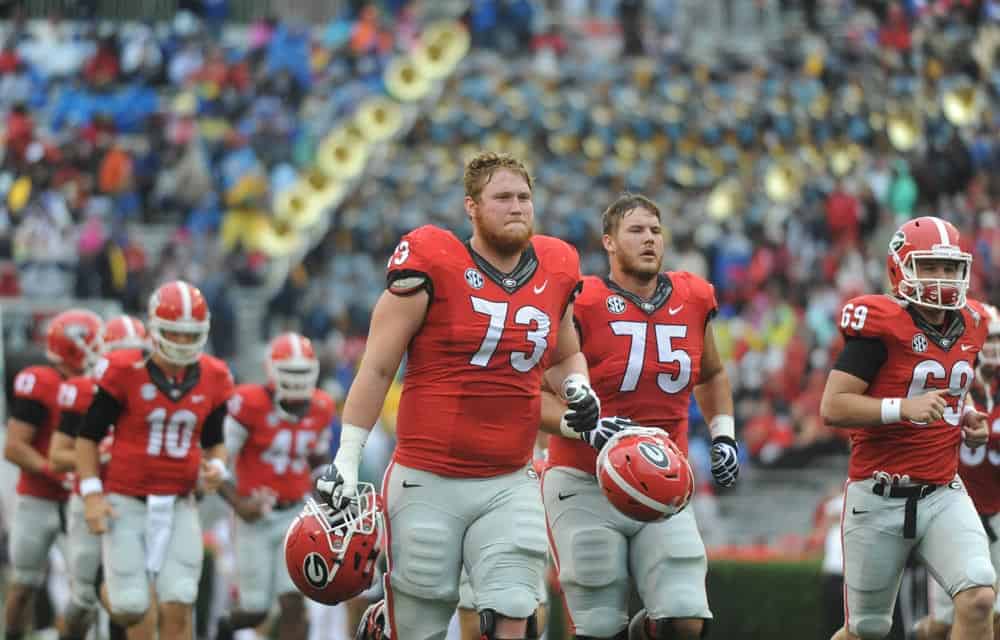 Greg Pyke was named to the All-SEC First Team last week during SEC Media Days last week, as he is expected to have a great impact on the team this season. However, a disturbance in his health may cause him to take a step back.

The fifth-year senior underwent an appendectomy on Monday, according to a report by Fletcher Page of the Athens-Banner Herald. The procedure was ruled as minor and Pyke is not expected to miss the season opener against North Carolina on September 3.

However, after being named the recipient the Coffee County Hustle Award honor, given to the athlete who exhibits the greatest desire in spring drills, Pyke may have his progress hindered a bit. No official word is given at this time, however it is assumed he may miss the first few practices of Georgia’s Fall camp, which will get underway on an unspecified date at the beginning of August.

Pyke is nearly guaranteed to be a difference maker on the line this year, and Georgia can seldom afford an absence by someone so vital to the team’s success. Luckily for them, the Bulldogs may have caught a break. Pyke has started 23 of 27 games played in four prior years on the team at Georgia.