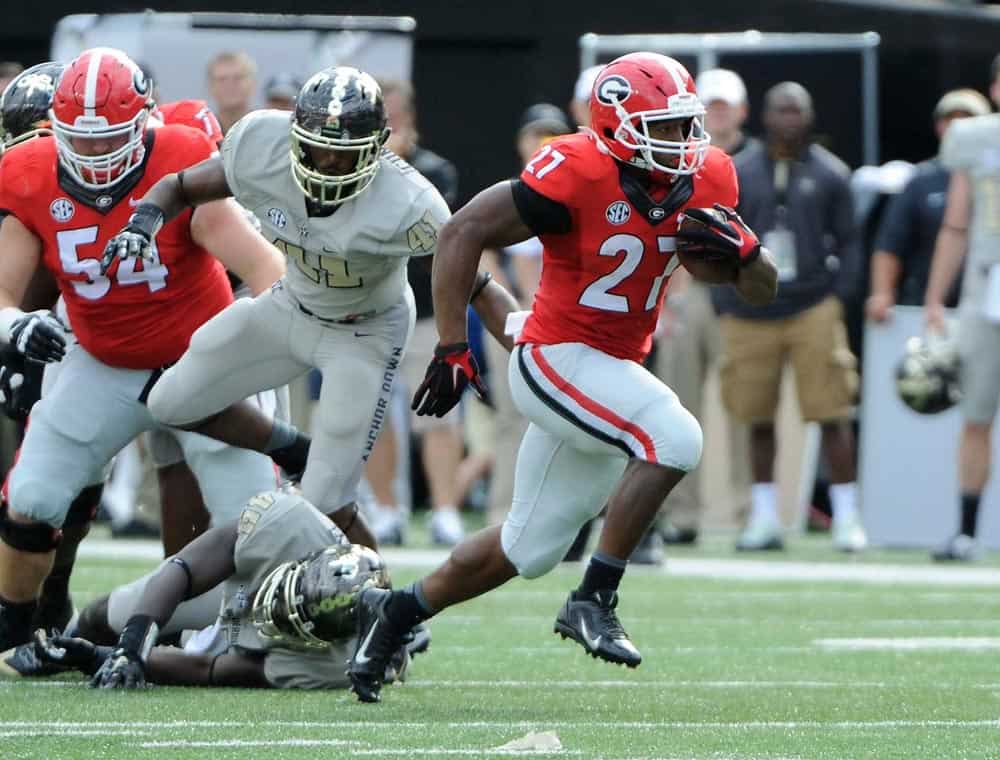 UGA junior running back Nick Chubb has been named to the 2016 Maxwell Award Watch List, the Maxwell Football Club announced on Tuesday.

Nick Chubb was also named to the Maxwell Award Watch List last season, but fell out of contention after suffering a season-ending injury at Tennessee. Chubb was also added to the list in late October of his freshman season. Derrick Henry of Alabama was named the winner of the 2015 award.

In two seasons at UGA, Nick Chubb has rushed 311 times for 2,294 yards and 21 touchdowns. He is also a threat as a receiver out of the backfield, catching 22 passes for 245 yards and three touchdowns.