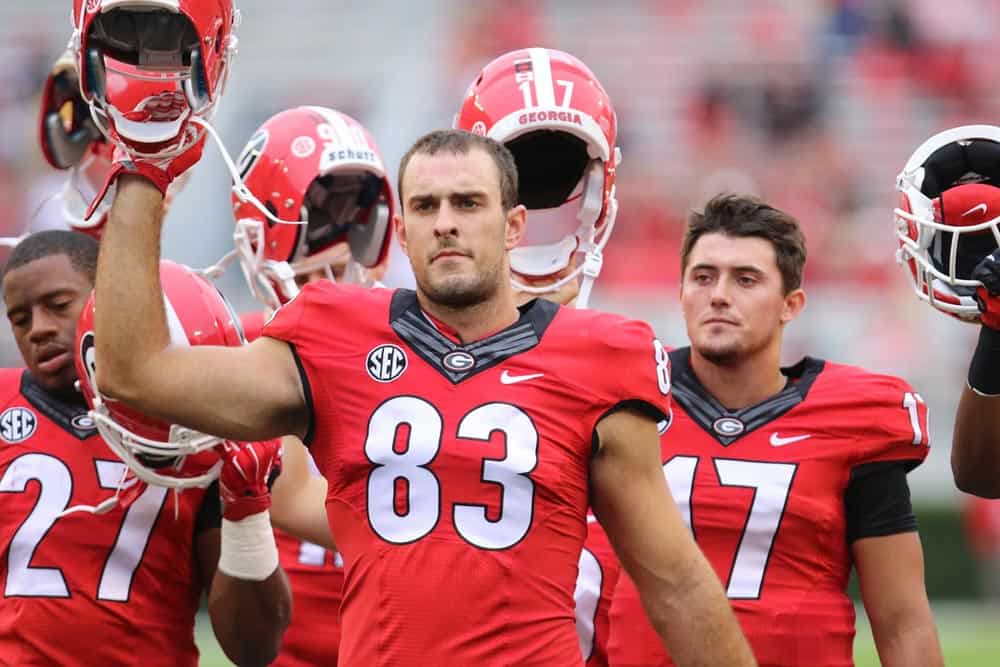 Blazevich is one of 35 tight ends on the John Mackey list. The award is given annually to the most outstanding collegiate tight end.

The winner of the 2016 John Mackey Award will be announced on Wednesday, Dec. 7, 2016 and then presented live on Thursday, Dec. 8, 2016 at The Home Depot College Football Awards Red Carpet Show on ESPNU.

Blazevich, a native of Charlotte, North Carolina, recorded 15 catches for 144 yards and a touchdown last season. As a freshman in 2014, Blazevich caught 18 passes for 269 yards and two touchdowns.

The Bulldogs open the 2016 season on Saturday, Sept. 3 in Atlanta against North Carolina. ESPN will televise the matchup at 5:30pm ET.