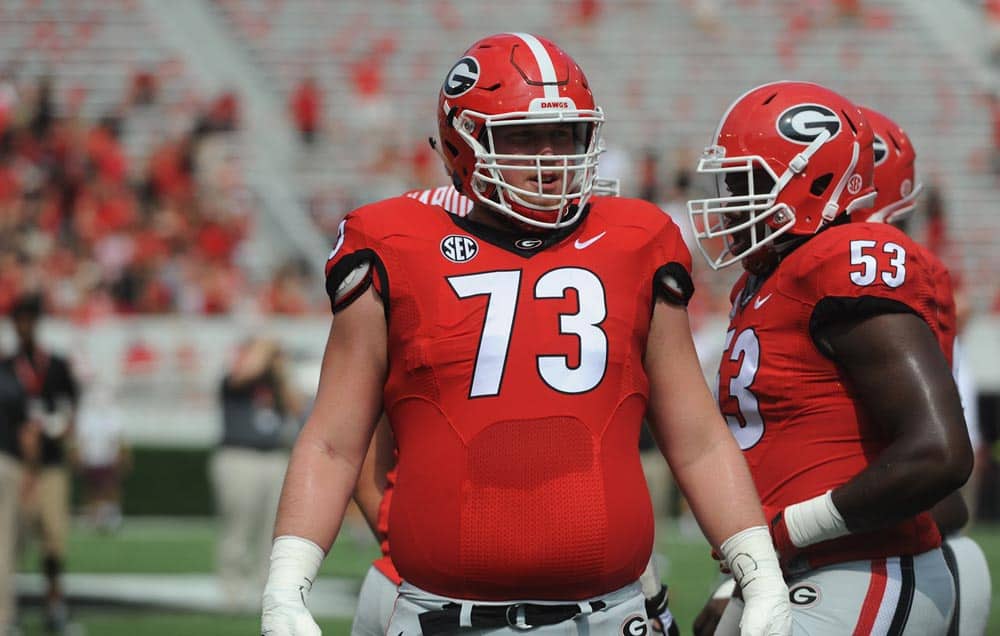 Georgia senior lineman Greg Pyke has been included on the 2016 Outland Trophy Watch List, according to an announcement Friday.

The Outland Trophy winner is chosen from three finalists who are a part of the annual Football Writers Association of America (FWAA) All-America Team. The FWAA All-America Committee selects a 26-man first team and eventually the three Outland finalists. Committee members, then by individual ballot, select the winner. Only interior linemen on offense or defense are eligible for the award; ends are not eligible.

The list will be trimmed to six or seven semifinalists on November 17. Five days later, three Outland Trophy finalists will be named by the FWAA. The winner of the 71st Outland Trophy will be announced on live on ESPN on The Home Depot College Football Awards on December 8.

For the second straight year, the show will air from the National Football Foundation’s College Football Hall of Fame in Atlanta. The Outland Trophy presentation banquet, sponsored by the Greater Omaha Sports Committee, will be held on January 11, 2017, in Omaha, Neb.

Pyke, a native of Baltimore, Md., started 10 games at guard last season and played in 12 contests. The Bulldogs have had a 1,000-yard rusher during both of the last two seasons while he and his teammates on the line have protected a first-year starter at quarterback for each of those years. A 2014 Associate Press Second Team All-Southeastern Conference selection, he lined up as a starter for all 13 games two years ago.