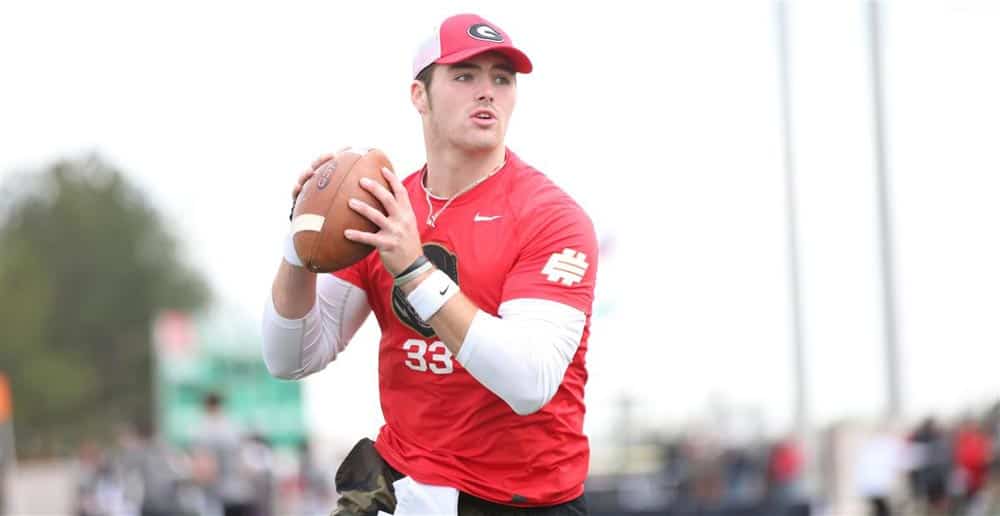 In the world of college football recruiting, the main focus is to lure one of your top targets to come play either for you or alongside you.

Four-star quarterback Jake Fromm is trying to do just that, by recruiting other players in the class of 2017 to come join him at Georgia. Currently, he is consistently talking with top targets Cam Akers, Kenney Britt, and Nate McBride. However, Fromm believes there’s a more important dimension to that.

“I wouldn’t say it’s just recruiting,” Fromm told SicEmDawgs.com. “I’m trying to build a relationship with them. Whether or not they choose Georgia, I’ll more than likely be playing against them for many Saturdays to come.”

Fromm has opened a new door on the year-round competition that is college recruiting, inferring his belief that there’s more to football than the on-field performances and the X’s and O’s. The game of football opens new horizons for many, giving them a great opportunity to have success in life, and a big part of that is the social interaction and relationships built within the game.

“I want to know who they are and want them to know who I am as a person, rather than a number on (the back of) a jersey,” Fromm said. “It helps me on the field knowing my opponent, and makes playing and winning so much sweeter.”

Fromm has more than athleticism, arm strength, and the intangibles that the experts in recruiting oversee. More importantly than all of that, he has an outgoing personality. Georgia should be ecstatic to have a player that carries such an outstanding character as Fromm, because it is not something that is seen very often in today’s era.

“I couldn’t be more thankful for the way things worked out for me and fell perfectly into place,” Fromm said. “God’s plan is amazing.”

As the recruiting frenzy nears its peak, Fromm will try to draw athletes to play with him, but soak in the memories and build long-lasting relationships at the same time.