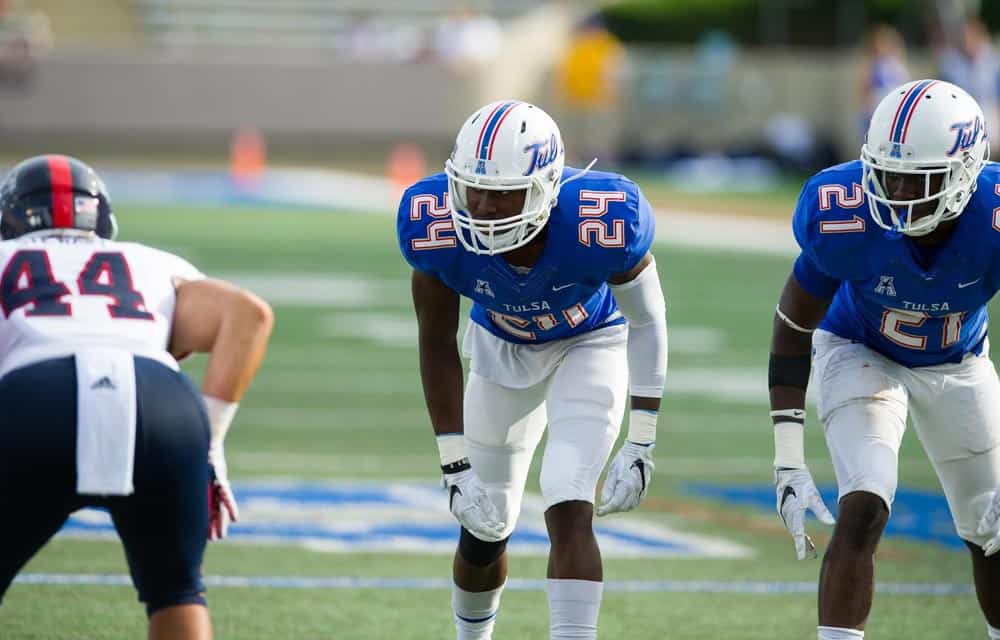 The day after freshman defensive back Chad Clay was dismissed from the program, the Bulldogs have picked up a transfer to fill his spot on the roster.

J.R. Reed (6-1, 185), a rising sophomore with the Tulsa Golden Hurricane, has transferred to Georgia and will sign with the Dawgs. He will enroll in August, and must sit out the 2016 season, but could be a force in 2017 and beyond. This past season, he finished with five tackles in 13 games for the Golden Hurricanes.

Quite interestingly, Reed has some connections to the state, and one which could potentially help Georgia land one of its top recruiting targets for the class of 2017. Reed is the cousin of the state’s high school prospect, DeAngelo Gibbs. Kirby Smart and staff definitely hope Reed can pull some strings to help Georgia land Gibbs.

In addition, J.R. Reed is the son of former NFL wideout Jake Reed.

Reed played high school football at Prestonwood Christian in Plano, Texas. He was rated as a 3-star recruit in the 247Sports Composite.