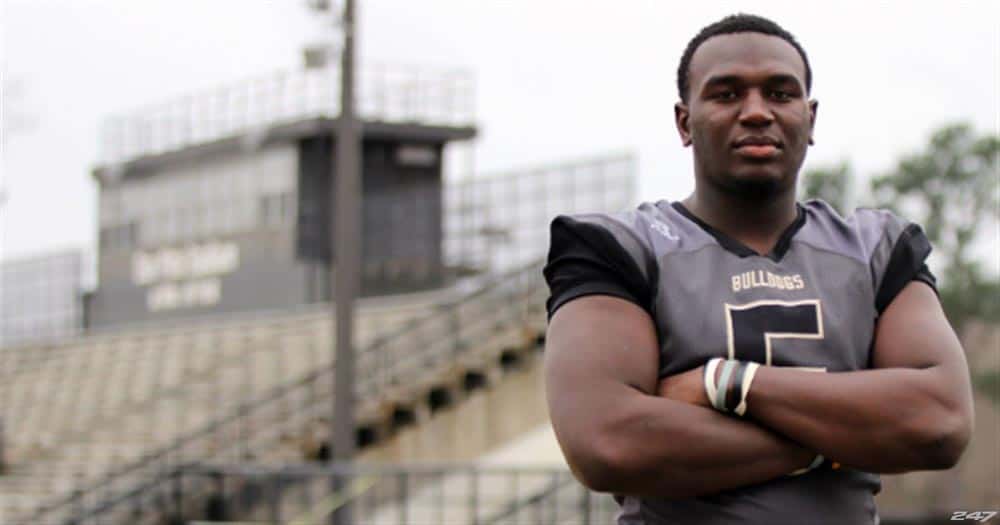 One of Georgia’s top targets for the recruiting class of 2017, Malik Herring, has narrowed down his options to seven schools.

Luckily for the Bulldogs, they’ve made the cut.

Herring announced on Twitter on Sunday that his final schools also include Clemson, Alabama, USC, Tennessee, LSU, and Middle Tennessee.

At the time, Georgia, Clemson, and Tennessee seem to draw the most attention from Herring, quite potentially due to program prestige and proximity to home, as he attends high school at Mary Persons in Forsyth, Georgia.

Herring, who stands at 6-foot-4, 290 pounds, ranks at 99th nationally and the 12th overall player in the state of Georgia, according to 247Sports.

At a time when Tracy Rocker’s defensive line depth is quite thin, Herring is at the top of the Bulldogs board, as Lorenzo Carter may be soon to depart and Leonard Floyd has already made his way out of Athens. Gaining a top of the line prospect would be huge for Georgia and their defensive success.

Currently, Herring has yet to release a date as to when he will further narrow down his selection or commit to a university.