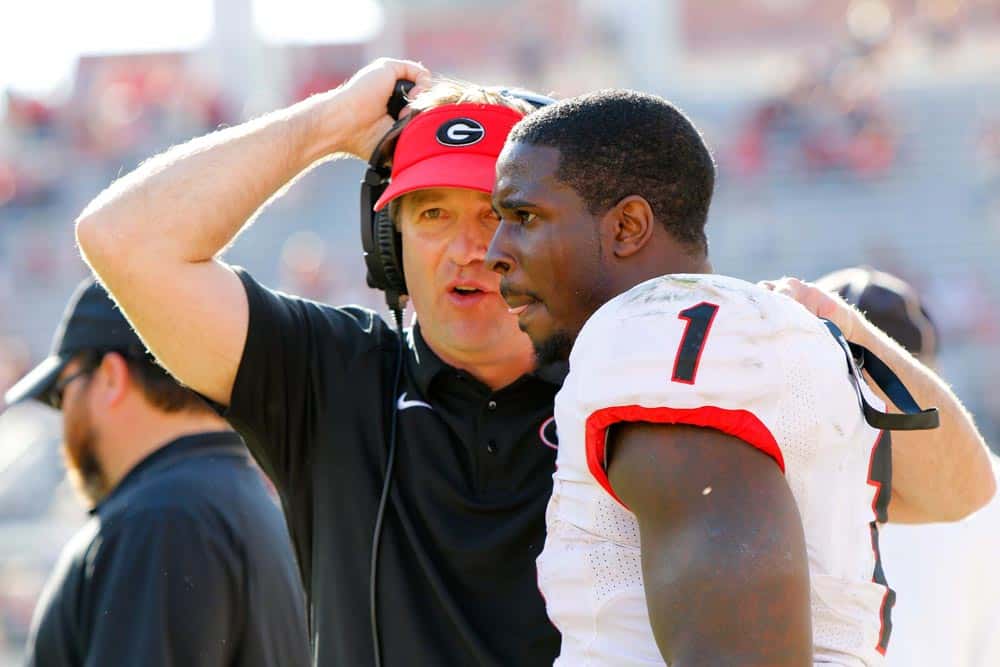 Mark Schlabach of ESPN has released his Post-Spring Way-Too-Early Top 25 and the Georgia Bulldogs are ranked 13th.

The Bulldogs moved up six spots from 19th, which was their position when the initial rankings were released in January.

Here’s what Mark Schlabach has to say about the Bulldogs:

Post-spring outlook: Freshman Jacob Eason, the No. 1 pocket passer in the 2016 ESPN 300, showed off his arm strength in Georgia’s spring game. New Bulldogs coach Kirby Smart won’t name a starter until preseason camp (or later?), but Eason is in the mix, along with senior Greyson Lambert and junior Brice Ramsey. The Bulldogs are also being quiet about the health of tailback Nick Chubb, who is recovering from a knee injury. If Chubb is healthy, and the Bulldogs can shore up their offensive and defensive lines, Smart might be poised to make some noise in his first season as a head coach.

First in Schlabach’s poll are the defending national champion Alabama Crimson Tide. They are followed by Clemson, Michigan, Florida State, and Oklahoma.

What do you think about Georgia being ranked 13th? Too high, too low, or just about right? Let us know in the comments below.