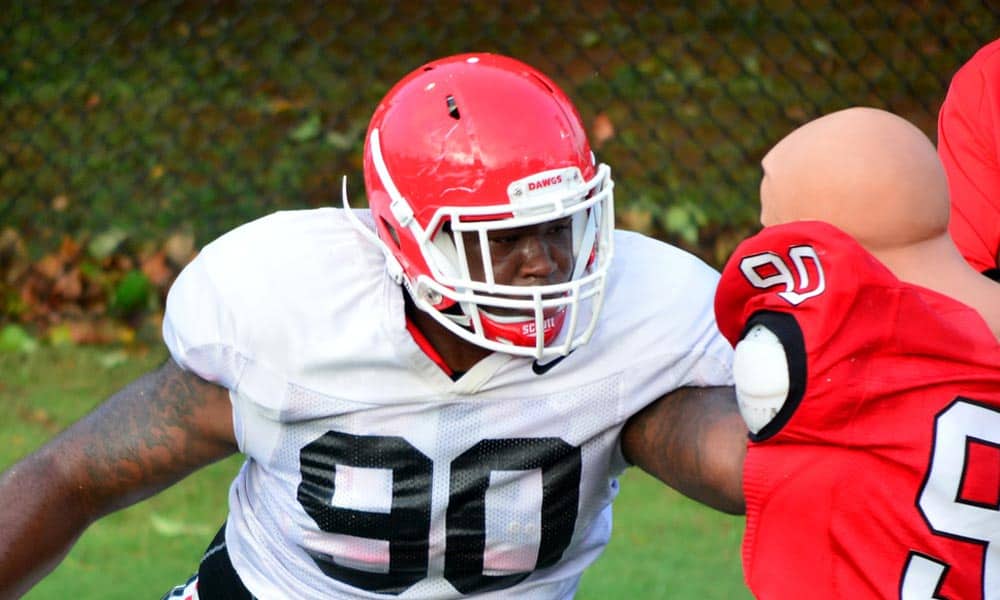 Georgia sophomore defensive end Chauncey Rivers has been in trouble with the law for drug issues, and the same issue has occurred yet again.

Rivers was arrested and charged in DeKalb County for a felony violation of the Georgia Controlled Substance Act. He was also charged with possession of less than one ounce of marijuana, parking in a disabled parking spot, and keeping drugs in a container.

Rivers played in four games last season, and could’ve seen more action if it weren’t for his two previous arrests on the same charge throughout last season.

This being Rivers’ third offense, that is the final straw and he has been dismissed from the football team, as mandated by Georgia’s drug policy. Rivers was already facing a three-game suspension to start the season due to his previous arrests.

“It’s extremely disappointing,” Smart said. “He’s been given previous opportunities to remain on our football team but continues to exhibit a lack of good judgement and commitment to the standards we require and expect from our players. He’s put himself in a difficult position, but we hope he finds a path that will provide some direction in his future.”

Smart is currently dealing with his fourth arrest in his first offseason as Georgia’s head coach.