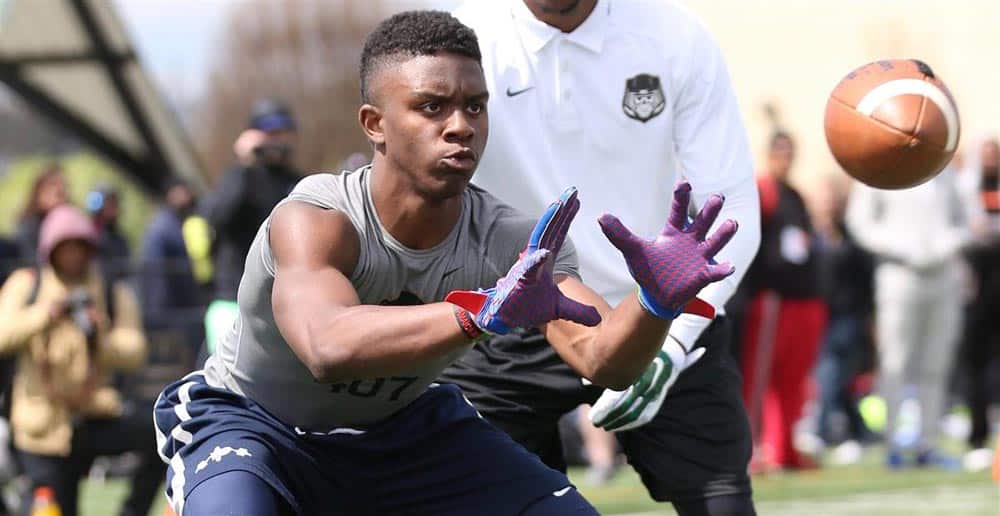 Georgia’s football program had a whirlwind of a weekend in terms of recruiting, and the peak moment may have come as a result of their downfall.

On Sunday, the long anticipated decision of 2016 five-star wide receiver Demetrius Robertson had Georgia fans on the edge of their seat, and after he announced he would head west to attend Cal-Berkeley, the mood of those who live and breathe Georgia football became devastated.

Luckily for them, a priority target in 2017 four-star wide receiver Trey Blount decided to release himself from the silence and ease the pain of the Dawg Nation as he announced his commitment. Georgia fans were ecstatic in an instant as they learned that a recruit was loyal to their program and had a desire to join the team.

“I was talking to (Wide Receivers) coach James Coley and we both thought that yesterday was the best day, especially with Dawg Nation pretty upset about Demetris Robertson’s decision,” the new Georgia commit said.

Blount also went on to say that he has been a silent commit to Kirby Smart’s program for about two weeks before finally deciding to break the silence. This recruiting move is yet another clever move by Georgia’s coaching staff to gain the dedication and attention of the fan base. The dominoes may continue to fall in rapid succession for Georgia as names such as Malik Herring, Nate McBride and K.J. Britt are other highly touted names under commit watch.