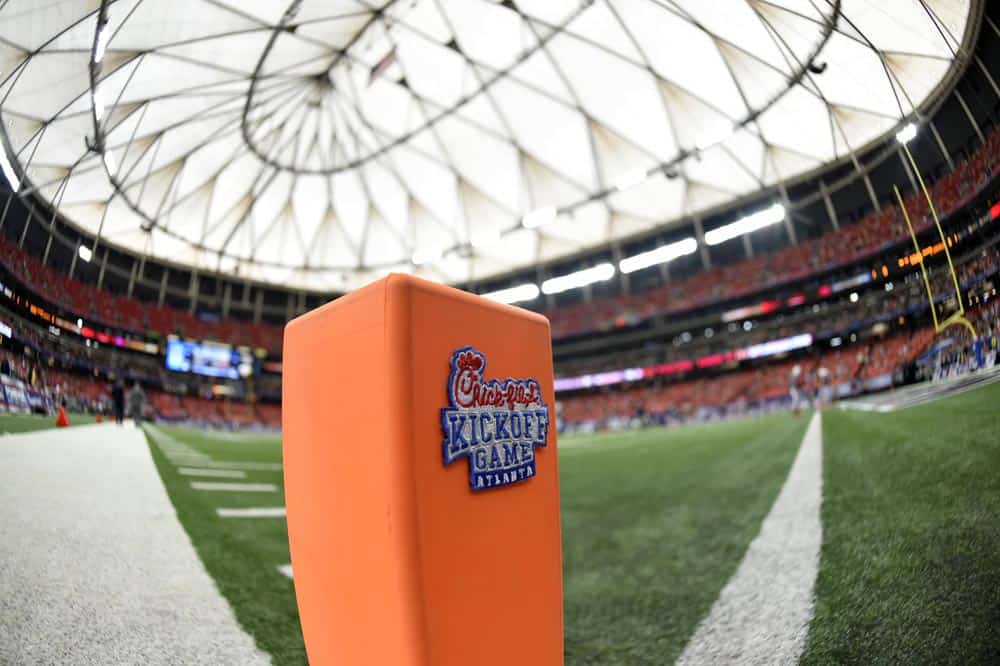 Georgia’s 2016 season-opening game in Atlanta against the North Carolina Tar Heels on Saturday, Sept. 3 will be televised by ESPN at 5:30pm ET, ESPN has announced.

The Bulldogs will be playing in their second Chick-fil-A Kickoff Game. Back in 2011, Georgia fell to Boise State 35-21.

Georgia and North Carolina have met 30 times on the gridiron. The Bulldogs lead the overall series 16-12-2 and have won the last four meetings.

The SEC should release kickoff times for the first three weeks of the season sometime in the next few weeks or so. The only other known kickoff time is for the Georgia-Florida game in Jacksonville on Oct. 29. That game is set for 3:30pm ET on CBS.