RB Brian Herrien to sign with Georgia on Tuesday

RB Brian Herrien to sign with Georgia on Tuesday 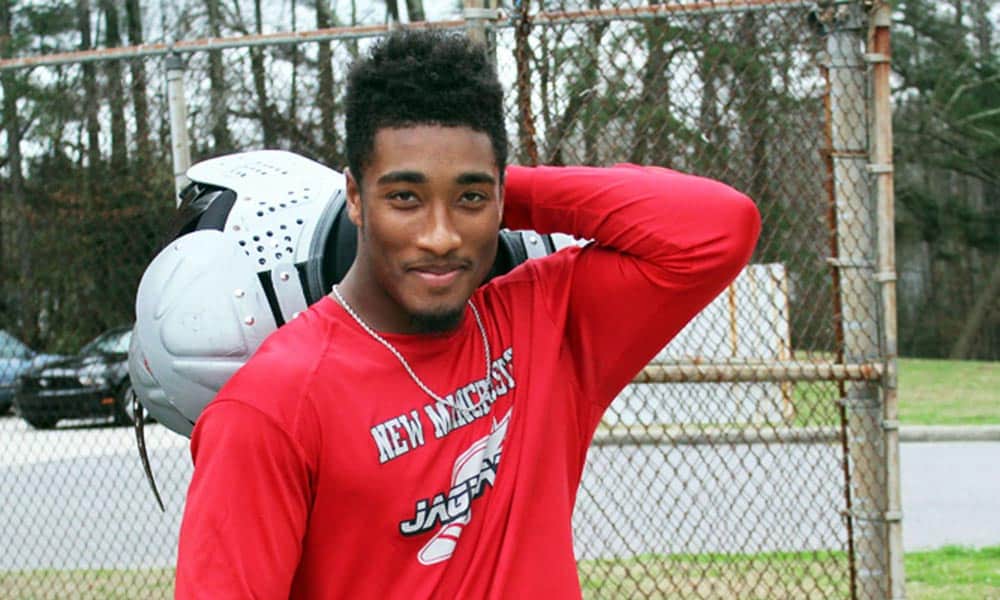 The Bulldogs will finally put the finishing touches on their 2016 recruiting class, as Brian Herrien out of New Manchester High School in Douglasville, Georgia, will put pen to paper and sign the financial aid papers with the University of Georgia and officially announce his commitment.

Herrien, unrated on 247Sports.com, has quite an interesting back story as to why he isn’t given a star rating. Earlier in his high school tenure, he wasn’t making the grades in order to attend the various showcase camps in which recruiting experts are on site.

Although unrated, Herrien’s stats rank at the top among other high school running backs in the state of Georgia. He finished the 2015 season with 1,970 yards and 16 touchdowns. If he were rated, he would likely be either a three or four star, standing at 6-foot-1, 210 pounds.

He explained what needed to happen academically during his final semester of high school.

“I need to finish with all A’s,” Herrien told SicEmDawgs.com after receiving a high enough ACT score to sign with a school and meet NCAA guidelines. He did just that after giving full devotion in the classroom to play college football. Now, Herrien is in position to sign, and will have no decisions to make.

The talented running back is “all Georgia,” as he said the relationship built with head coach Kirby Smart and assistant Glenn Schumann is one that pulled him away from any other contenders.

Herrien will wrap up his recruiting process in hopes to join the rest of the 2016 signing class on June 1st. The next hurdle ahead of him is getting the final transcript and ACT scores processed by the NCAA Clearinghouse in order to be granted admission.

The final addition to the 2016 class is definitely a strong one, however he will have to earn his spot. Currently, he and fellow signee Elijah Holyfield may battle for the final spot, with the duo of Nick Chubb and Sony Michel taking the reigns. A redshirt for Herrien may be a possibility, although the challenge to earn a spot won’t be put past him.