Budget of $123 million approved by UGAAA Athletics Board

Budget of $123 million approved by UGAAA Athletics Board 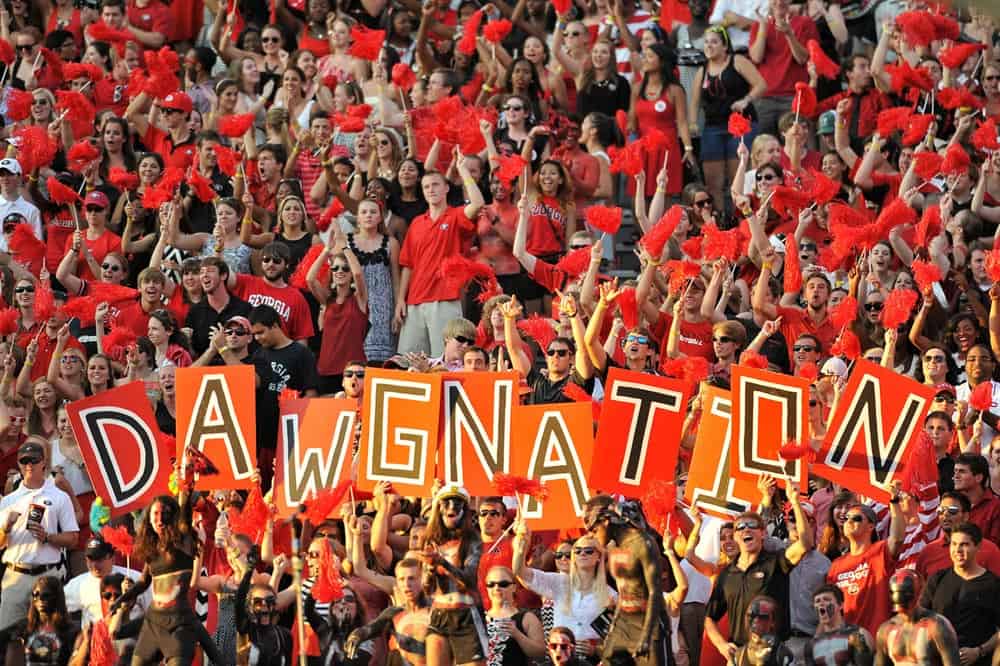 A budget of $123,049,705 for fiscal year 2017, as well as $9 million for various facility-related projects, were approved by the University of Georgia Athletic Association Board of Directors during its quarterly meeting here Thursday.

The Board also approved an average increase of 17% for donations to the 2017 Hartman Fund, the priority system to maintain season tickets and seat locations. The Hartman Fund increase is the first since 2005. More information on the Hartman Fund adjustments will be presented in greater detail in the coming days. Answers to immediate questions can be obtained by calling the Bulldog Club staff at 877-423-2947 or emailing gadawgs@sports.uga.edu.

Also approved by the Board were the following three facility enhancement/renovation projects:
*Enhancements to Stegeman Coliseum, Phase 1 – $1,800,000. Plans include a large-scale aesthetic improvement to the southeast end zone, a space currently occupied with achievement banners of all three sports competing in the Coliseum. The display will surround, keeping intact, the existing video board.
*Jack Turner Soccer stadium renovation — $4,575,000. This renovation project will replace the grandstand and press box, which had been intact since the soccer stadium was built in 1998.
*Sanford Stadium west end zone project — $1,000,000. This project will serve as the initial, exploratory steps of a major enhancement to the west end zone of Sanford Stadium. These enhancements include: a new home locker room for the Bulldogs, a space to host and entertain prospects on game day, and improvements to rest room concession areas.

“The purpose of the stadium project is to ask the question, ‘What can we do to maximize our space,’” said J. Reid Parker Director of Athletics Greg McGarity. “That’s what an architect will help us answer. Right now, we have a lot of dreams and ideas for how to use the space and getting an architect on board will allow us to document that.”

All of the above projects, as well as the current construction of the Indoor Athletic Facility, will be funded through the Magill Society, the philanthropic fund-raising organization for UGA athletics. For more information on the Magill Society and ways to get involved, contact The Georgia Bulldog Club at 877-GA-DAWGS (877-423-2947) or visit http://gado.gs/magill.

Other highlights of the Athletics Board meeting included the following:
• A glowing academic report from Faculty Athletics Representative David Shipley. In his report, Shipley praised a record 60 percent of UGA’s nearly 500 student-athletes earning at least a 3.0 grade point average in the Spring Semester 2016. The average GPA of all student-athletes this spring was 3.04 and included 35 that posted perfect 4.0 GPAs.
• The announcement of the two student-athletes who will serve the 2016-17 year as representatives on the Board: multi-event track star Kendall Williams, a rising senior from Marietta, and football tight end Jeb Blazevich, a rising junior from Charlotte, N.C.
• The introduction of Dr. Annette B. Poulsen as the newest member of the Athletics Board. Poulsen is a professor in the UGA Terry College of Business.
• An acknowledgement and thanks from UGA President Jere Morehead for UGAAA’s annual contribution to the University, which will surpass $4 million in the coming year.