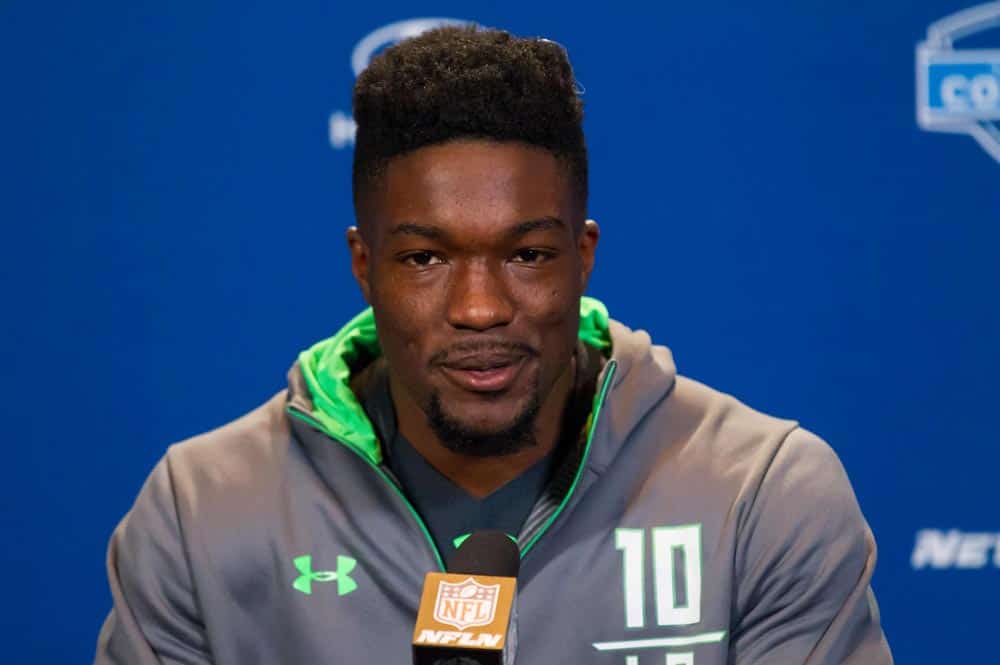 The former Georgia great Leonard Floyd has found his destination for the foreseeable future after deciding to leave Athens after his junior season. With the ninth overall pick in the NFL Draft, the Chicago Bears selected the defensive end.

Floyd was one of the most reliable defensive ends for Mark Richt the past three seasons, making flashy plays and making a name for himself. That was demonstrated in his final campaign, tallying 72 tackles and 4.5 sacks. In addition to his dominance during his college days, he dazzled at the NFL Combine, finishing as a top five performer in the 40-yard dash, vertical, and broad jumps at his position. As a result, his stock was quickly on the rise.

Floyd’s athleticism was a big part of the pick for the Bears, as they are in need of someone who can develop into an elite pass rusher. This quality was key in him being chosen higher than projected, and potentially as a result of the free-falling draft stock of former Ole Miss OL Laremy Tunsil due to a social media mishap.

Following Todd Gurley to the St. Louis, now LA Rams last year at No. 10, the Georgia Bulldogs have now had a Top 10 pick in two consecutive NFL Drafts.

Georgia still awaits word on the rest of their potential draft picks, and defensive tackle Jordan Jenkins is the next name which could be chosen by the end of the first round.

Congrats to @Floyd_XXXking on being the first player drafted in the SEC! Best of luck in Chicago. #DawgsInTheNFL pic.twitter.com/o7BQAghioV