Spring Notes: QB position not to be determined until Fall

Spring Notes: QB position not to be determined until Fall 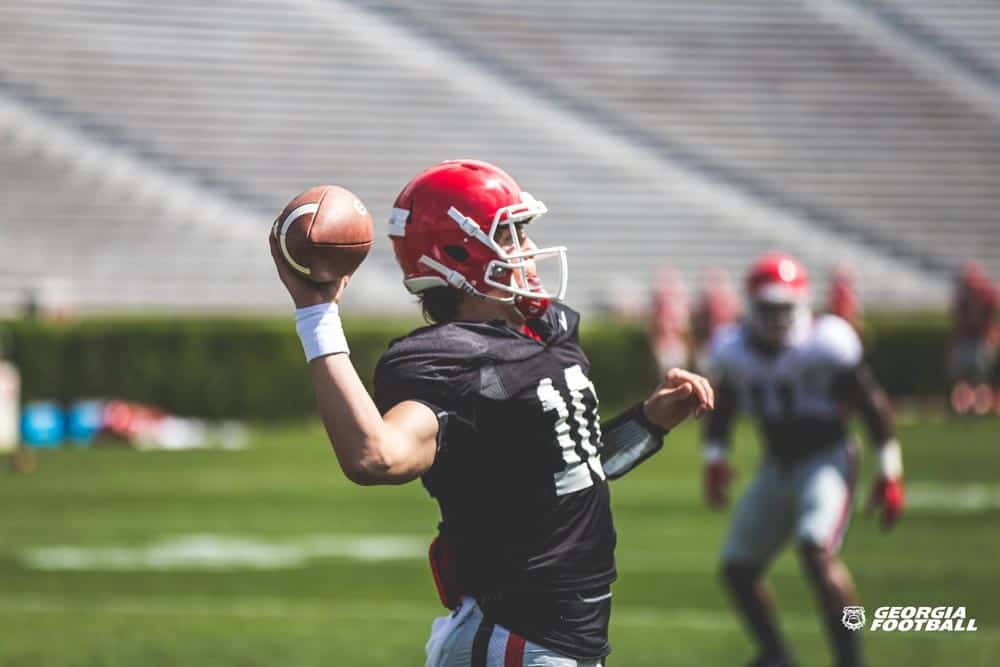 Georgia fans are antsy for a resolution as to who will be the starting quarterback for the upcoming season, and it looks as if they will have to wait a while longer for that answer.

“I think it’s going to go into August. I think it has to,” Smart told reporters after Saturday’s intrasquad scrimmage.

Brice Ramsey, Jacob Eason, and Greyson Lambert all had plenty of meaningful action in the second scrimmage on Saturday. Lambert and Ramsey split reps with the first-team while Eason had the majority of his work with the third-team, but also given time with the second group. While it remains unclear how the repetitions will be divided on G-Day, it is expected that it would follow a similar mold.

“I need to use this game (G-Day) to judge, because this is hopefully going to be a real-game environment. I wouldn’t want to name anybody going into it,” Smart said. “We’ve got to get the evaluation we need. That’s the most important thing. It’s not who’s with what group. It’s how many reps we can get them.”

Smart’s method of extending the process of quarterback evaluation is definitely logical, as there is no rush to name a starter. Going into spring practice, Smart indicated that it is truly an open race, and there wouldn’t be one guy in which has assumed the job. As practice comes to a close, that still remains to be true as each of the contenders have been given their fair chances.