Many things to look for as G-Day festivities begin

Many things to look for as G-Day festivities begin 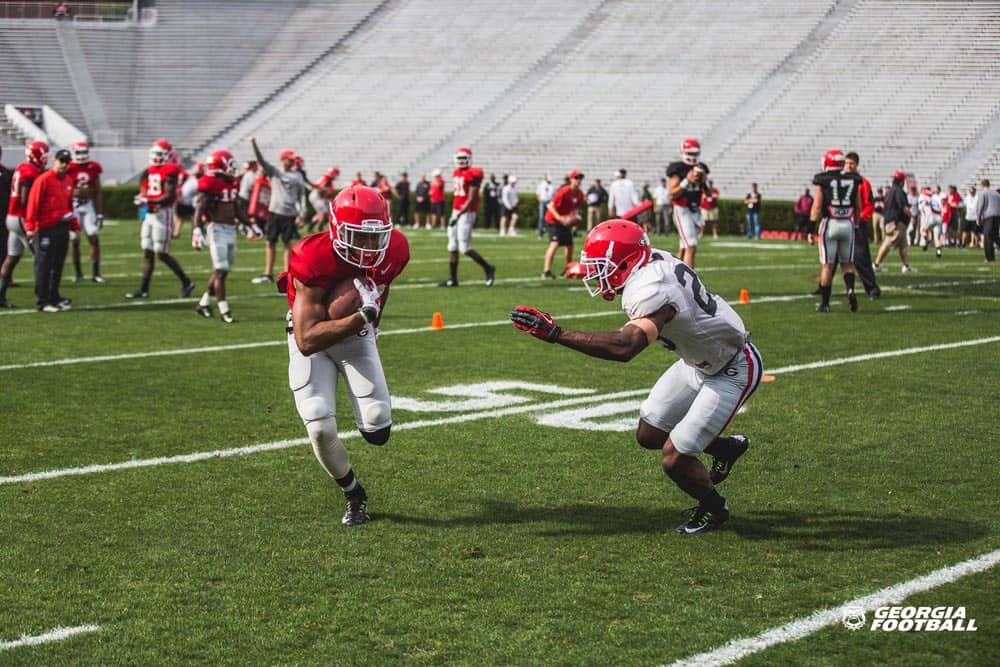 The long-awaited beginning of the Kirby Smart era has finally arrived, as Georgia’s Spring Game will take place on Saturday. As fans will get to see how spring practice has evolved, here are things fans should look for in a game that is expected to cap off an action-packed day.

1. A record crowd expected
Georgia has drilled the idea of filling Sanford Stadium with 93,000 into fans’ heads ever since Kirby Smart announced his wish at a Georgia Basketball game back in January. Therefore, everybody wants to know if his wishes will come to fruition. There are many indicators that would lead us to believe it would, such as the Dawg Walk, which normally only takes place during regular season games, the recently announced Ludacris concert, the free admission to the game and the promised playing time by potential cornerstones for the coming years, Jacob Eason and Isaac Nauta. In a recent report by AJC’s DawgNation, hotels are at full capacity from Athens to Commerce. The attendance numbers will definitely be an interesting development throughout Saturday’s action, as while a packed house is expected, it’s not guaranteed.

2. Running backs
Georgia’s running back depth is not a strong suit for the G-Day game, as Nick Chubb and Brendan Douglas will not make appearances. Therefore, it’s in the hands of the players further down on the depth chart. It is not expected for Sony Michel to see much time, as many know what he can do and what his role will be for the upcoming season. The attention should then turn to Tae Crowder and Shaquery Wilson, the converted receiver.

In addition to the needed depth for the spring game, Smart believes Wilson brings a dimension to the running back position that could be beneficial for the regular season. “He looks more natural when the ball’s in his hands,” Smart told reporters after an earlier spring practice. “It’s a lot easier to get him the ball there when you’re just handing it to him.” Wilson’s emergence in addition to Crowder’s developing skill set, it will be of intrigue to see them in action and see what they could potentially bring to the team.

3. Quarterbacks
The quarterback is one to watch for, as one contender will try emerge from the rest and make a case for a starting position in September. Smart stated recently that he wouldn’t come up with a decision until Fall practice, and that the spring game serves as a good opportunity to further evaluate his contenders. In the most recent scrimmage last Saturday, Greyson Lambert and Brice Ramsey split repetitions with the first team, and fan favorite Jacob Eason split with the second and third teams. It has not been said how they will divide playing time between the three in today’s spring finale, but it is expected that it may fall among those lines.

4. Many recruiting developments possible
G-Day is not only one to give the current players and early enrollees to get live practice in front of a real atmosphere, but also to draw recruits for the 2017 class and beyond. The recruits will be appearing at G-Day in large fashion. In a conversation with Jake Reuse of UGASports.com, he expects a number of 40 recruits to attend at the least. In addition to that staggering number, there is also potential for commitments to be announced from priority targets like William Poole and Malik Herring.