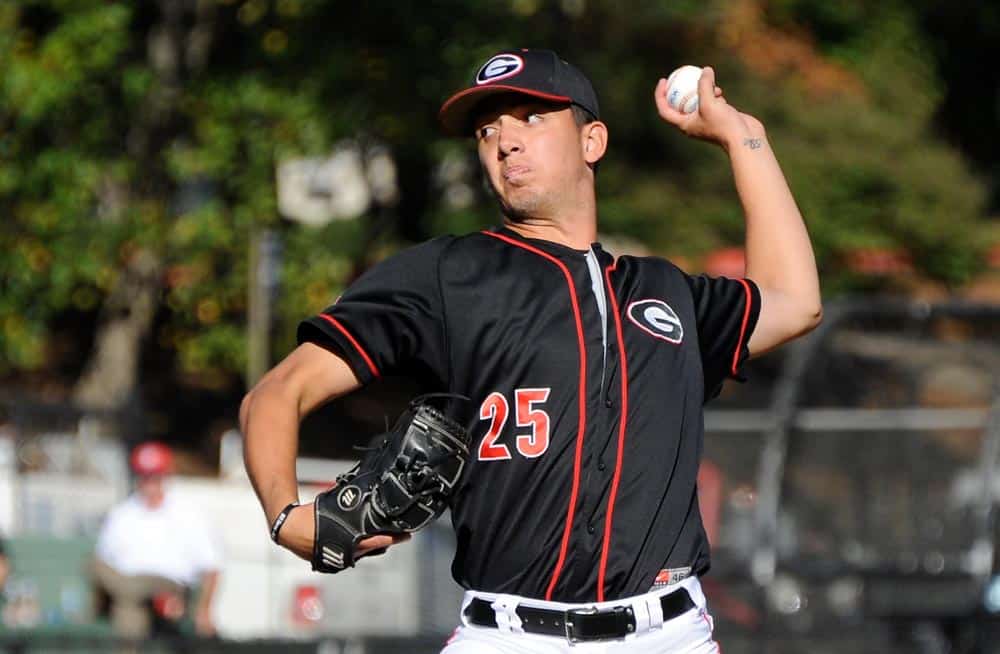 Georgia’s baseball season has performed below the expectations placed upon them this season. A big part of that has been the less than stellar pitching performances, and that proved to be true yet again as Georgia suffered yet another series sweep.

The Bulldogs came into play on Sunday in hopes of salvaging a game in a series in which they had been dominated by the third ranked Texas A&M Aggies (25-7, 7-5 SEC). Unfortunately for Georgia, it turned out to be the same story yet again.

Georgia sent Bo Tucker out to the mound, and he allowed seven runs, three earned in 3.2 innings. Tucker tallied his third loss of the season, and his short outing led to heavy work by the relief staff, which couldn’t halt the Aggies attack throughout the game. Drew Moody, Blake Cairnes and Trevor Tinder each allowed one run in their relief appearances.

The pitching staff allowed ten runs, and the offense couldn’t match the unimpressive efforts on the mound. The Bulldogs were only able to muster one run in the eighth and ninth innings, as they were shut down by Aggies starter Kyle Simonds who lasted 8.2 innings and recorded seven strikeouts. Georgia was defeated by Texas A&M by a 10-3 score, and their record fell to 17-16 overall and 4-8 in conference play.

“It’s hard to win when you score only two runs today and three all weekend. We weren’t very sharp and you have to play extremely well to beat them because they are not going to beat themselves,” head coach Scott Stricklin said postgame.

The silver lining in a poor offensive performance for Georgia was Stephen Wrenn, as he continues to be the anchor for the Bulldogs in every facet of the game. Wrenn finished with three hits in four at-bats.

Georgia will continue on and face arch rival #24 Georgia Tech on Tuesday, as the Yellow Jackets currently stand as another tough test for the Bulldogs at 23-8. The game will take place at 6pm and will be streamed on ESPN3.