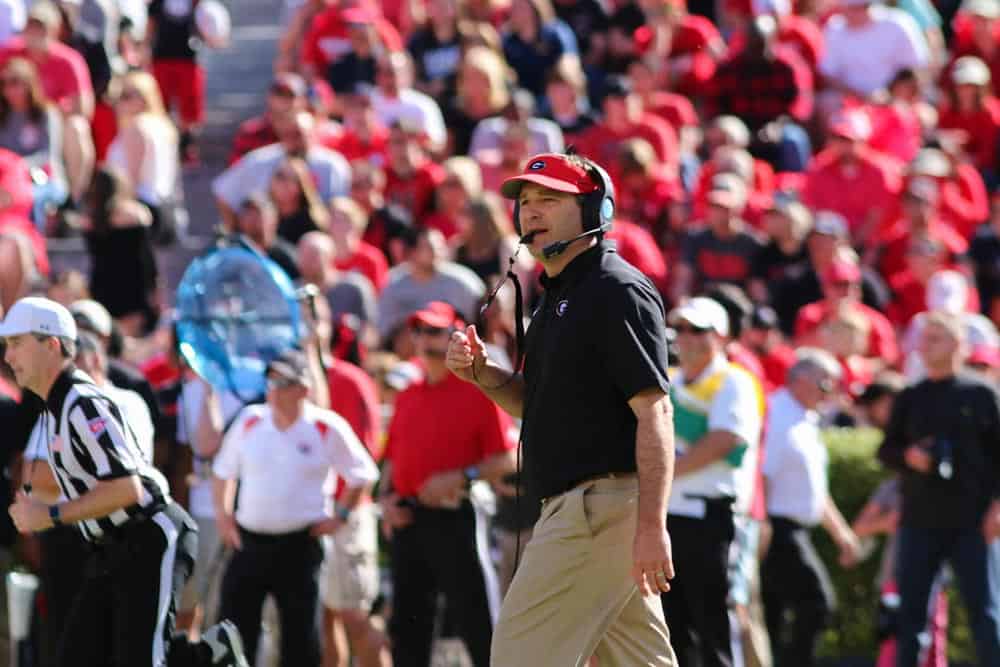 The Georgia Bulldogs have added the UMass Minutemen to their future football and basketball schedules, the two schools announced on Wednesday.

Georgia and UMass will meet for the first time on the gridiron at Sanford Stadium in Athens on Nov. 17, 2018. The Bulldogs will pay UMass a $1.5 million guarantee for the game, per Matt Vautor of the Daily Hampshire Gazette.

UMass is the second announced non-conference opponent for Georgia in 2018. The Bulldogs are also set to host bitter rival Georgia Tech to close out the regular season on Nov. 24.

In SEC action in 2018, Georgia is slated to host Auburn, Florida (at Jacksonville), Tennessee, and Vanderbilt and travel to Kentucky, LSU, Missouri, and South Carolina.

As part of the agreement announced today, Georgia and UMass will also play a home-and-home series in basketball. The two schools will meet at Mullins Center in Amherst in 2017-18 and at Stegeman Coliseum in Athens in 2018-19.

“I am pleased we have scheduled a 2018 football game ‘between the hedges’ at Georgia,” UMass Director of Athletics Ryan Bamford said. “It will be a great experience for members of our football program and will provide us increased visibility against an SEC opponent in an area of the country where Coach (Mark) Whipple and his staff are recruiting prospective student-athletes. In addition, we are also thrilled to schedule a home-and-home basketball series with the Bulldogs in future years.”