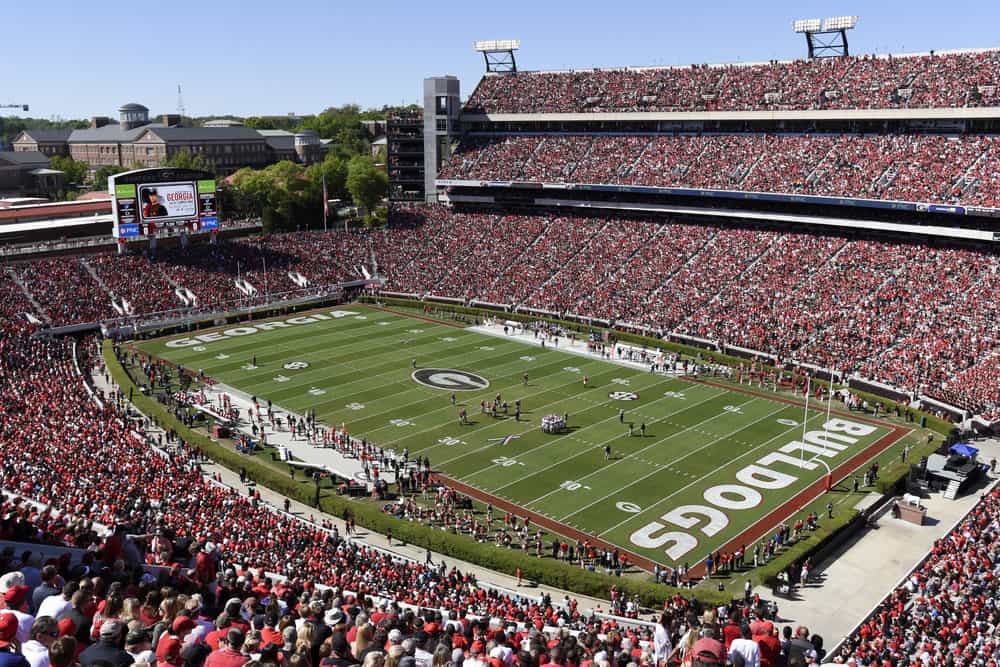 Georgia’s future football schedules are becoming more prevalent as the days go on. The second addition to the 2018 football schedule has been revealed, as the Bulldogs added the FCS Murray State Racers to come to town on September 15th.

On Tuesday, Georgia announced a deal with the University of Massachusetts to oppose each other in both football in basketball. On the gridiron, the Minutemen will travel to Athens on November 17th, 2018. Per a contract provided to the AJC, the two schools agreed to have Georgia pay its opposition $1.5 million dollars to play in Athens. On the hardwood, a home-and-home series has been announced, as Georgia will play in Amherst, MA in 2017 and return home to Athens for a rematch in 2018.

The newest addition to the schedule with Murray State does not include a basketball matchup, as those teams faced off in Athens in 2015. Therefore, there is only one sport included in this deal, as Kirby Smart’s team will get to face off against a lesser opponent to begin his third season at the helm.

Georgia and athletic director Greg McGarity agreed to pay the Racers $5oo,ooo for those in-game struggles they may come upon, and the contract was agreed upon by Georgia on March 28th, according to another open record provided to the AJC by the Freedom of Information Act.

Georgia adds two opponents in a little over 24 hours for the future season of 2018. Along with UMass and Murray State, there are two other set and confirmed dates for 2018: October 27th in the rivalry against Florida in Jacksonville and November 24th in Athens against Georgia Tech.

Other in-conference foes scheduled for the 2018 season include Auburn, Tennessee and Vanderbilt in Athens and Kentucky, Missouri and South Carolina on the road; however, those dates are yet to be determined,