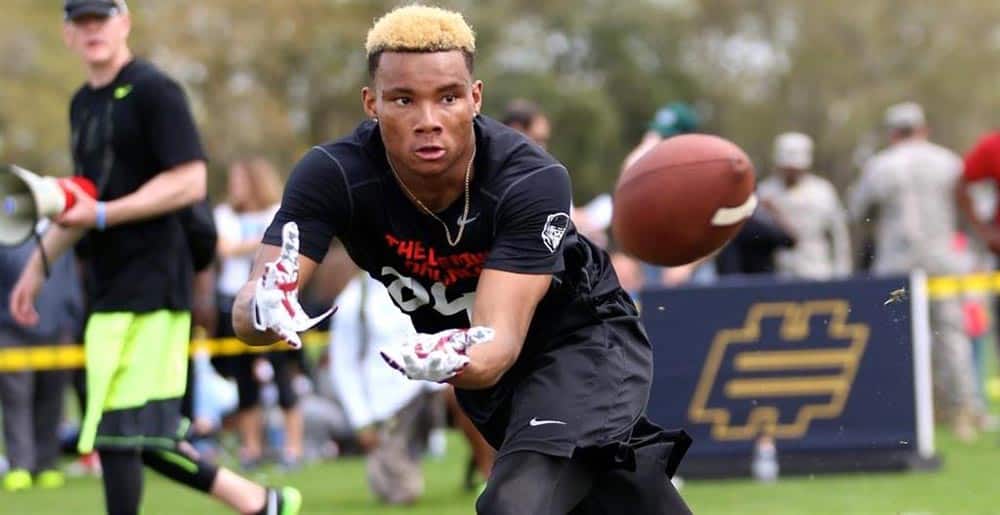 Demetris Robertson decided to wait to announce his decision of where he will attend college, while every other highly-touted recruit announced their decisions in February. The reports say that time has finally come for Robertson, as it was expected for him to hold off right before he is to graduate high school.

According to Chris Johnson of Sports Illustrated, by way of Robertson’s guardian, the high school standout will announce his decision on Monday, May 2nd. The announcement by Robertson is expected to be drawn-out and extensive, just like any other National Signing Day atmosphere, as this moment has been long awaited by many nationally.

Five-star 2016 prospect Demetris Robertson will announce his college decision on May 2, his guardian, Carlos, tells SI.

Kirby Smart has repeatedly said that he and his staff have “recruited Robertson hard” and have had unlimited communication with the five-star after he signed a financial aid agreement with Georgia. The aid agreement has also been inked with California-Berkeley and Georgia Tech. Smart has taken advantage of those freedoms by publicly displaying his desire to have the Savannah native play for his team in the coming seasons.

He showed his love for Robertson with a birthday tweet to Demetris and his twin brother Shanetris, which took the nation by surprise as that’s something that isn’t seen often as a recruiting move.

Robertson is down to five schools: Alabama, Georgia, Georgia Tech, California and Stanford.