Lady Bulldogs back in the Big Dance

Lady Bulldogs back in the Big Dance 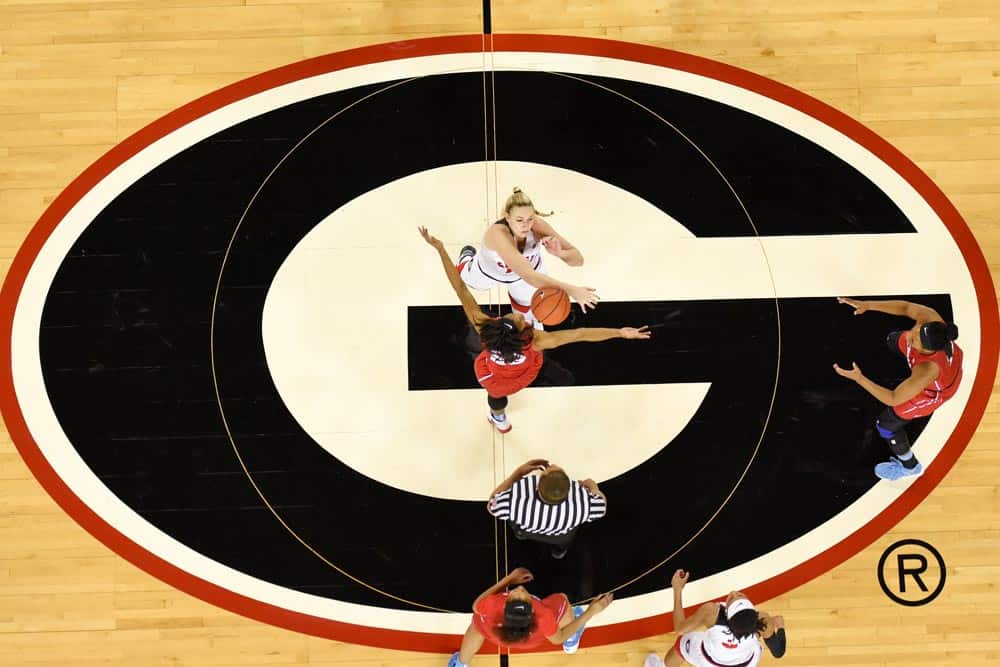 The Georgia Lady Bulldog basketball team secured a No. 8 seed and will face ninth-seeded Indiana in the first round of the 2016 NCAA Tournament in South Bend, Ind. on Saturday at 9 p.m. ET as part of the NCAA Lexington Regional.

Georgia is returning to the NCAA Tournament for the 32nd time in school history — a total that ranks second in NCAA women’s basketball history. This year, the Lady Bulldogs are back in the “Big Dance” under first-year head coach Joni Taylor, who has led her team to a 21-9 overall record and 9-7 league mark.

“We are absolutely thrilled to be back in the NCAA Tournament,” Taylor said. “Georgia basketball is a name that is synonymous with March Madness, and I am proud of our team for working so hard to get to this point. We play a very tough team in Indiana, and I look forward to the challenge and opportunity for our team.”

The winner of the Georgia/Indiana matchup will face the winner of the No. 1 seed Notre Dame and No. 16 seed North Carolina A&T on Monday. Georgia owns a perfect 3-0 all-time record against Indiana (20-11, 12-6 Big Ten), including a 2-0 mark in NCAA Tournament action.

Georgia’s prestigious NCAA Tournament history features 20 “Sweet 16” appearances, 11 “Elite Eights” and five Final Fours. The Lady Bulldogs finished as the NCAA runner-up in both 1985 and 1996. Georgia’s 55 victories in the NCAAs is tied for fifth-most among women’s basketball programs, while the Lady Bulldogs are one of seven schools to reach at least five Final Fours.

This year’s Georgia team led the Lady Bulldogs back to the “Big Dance” thanks to a senior-laden lineup and the emergence of SEC All-Freshman Team selection Caliya Robinson. Seniors Shacobia Barbee and Tiaria Griffin were each named to the All-SEC team, while fellow senior Marjorie Butler, who started each of Georgia’s 30 games at the point guard spot, was named the SEC Scholar-Athlete of the season earlier this year.

Ticket Information
For ticket information, visit Notre Dame’s official website at at UND.com or call their athletic ticket office at 574-631-7356.